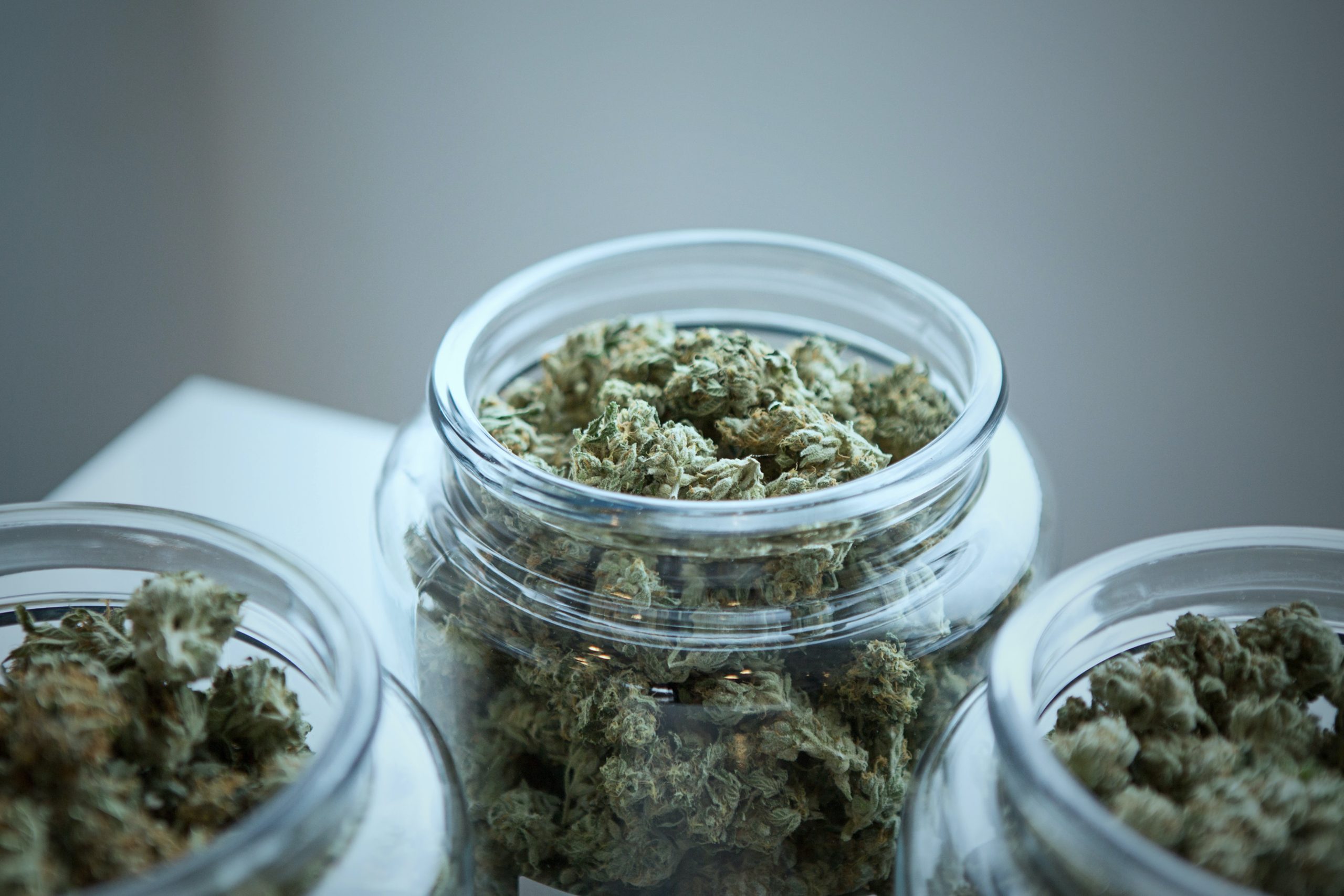 How Long Does Weed Stay Good? Does Weed Expire? And Other FAQs About How to Keep Your Cannabis Fresh

Cannabis has quickly shifted from a stoner favorite to a legitimate branch of medicine. That being said, as plant medicine, it is still both a plant and medicine. Plants naturally spoil and medicines can lose their efficacy. How long does weed last? Does marijuana even expire? To some, cannabis can seem magical. People new to cannabis may think marijuana has an infinite shelf-life, after all, how often do you see people smoking decades-old weed on television and in movies? That’s not necessarily the best idea.

Cannabis does have a fairly long shelf life. However, there’s always the potential for bacterial growth, mold, and, worse, cannabinoids like THC losing their potency. After all, cannabinoids are likely the main reason you’re using cannabis.

Luckily, with the tips covered in this article, you can help keep your stash longer, and stronger, without too much of a hassle.

Weed, like any other plant, has a shelf-life as plant material can attract bugs, mold, or bacteria. There are two main issues to concern yourself with regarding preserving cannabis: how to keep your weed fresh and how to help it retain its potency.

In addition to the potential for spoilage, THC and other cannabinoids naturally degrade over time. Run-of-the-mill things like oxygen, sunlight, and heat can speed up this process.

Preserving cannabis products can also vary, for example, edibles often go bad depending on their main ingredients. As food products, some of their added ingredients are more likely to spoil before their THC loses its potency.

Not to mention, the cannabinoids have bonded to fats which can help them last a little longer than naturally in cannabis flower, this naturally changes your strategies for saving them.

Products like dabs or wax have a lot less plant material so when storing them your main concern would be preserving the psychoactive and health effects.

Why Does Weed Expire?

THC naturally degrades over time. Cannabinoids, the highly coveted compounds in your weed that offer medicinal benefits, often convert based on heat, oxygen, or light exposure.

For background, many cannabinoids start off as CBG and become acids like THC-A in the cannabis plant when exposed to sunlight and as the plant’s flowers mature.

Heat changes the chemical makeup of cannabinoids. You naturally convert these acids into human-friendly forms like THC, CBD, and CBN which can be processed by the body when you smoke through a process called decarboxylation.

Similarly, over time, THC will naturally break down. THC will oxidize and slowly convert into cannabinol (CBN) which is milder but still has some psychoactive properties. Oxidation is the process where oxygen can sometimes alter the chemical makeup when it mixes with some compounds.

Weed can naturally lose about 16% of its THC after 1 year, 26 % after 2 years, 34% after 3 years, and 41% after 4 years. This was with cannabis stored in dark conditions and at room temperature. Besides cannabinoids, your weed can also lose terpenes.

The compounds that give cannabis its smell and flavor notes are terpenes which all have their own homeopathic benefits. One study found cannabis can lose 30% of its terpenes in one week. Losing some of the terpenes can scrub some of their potential health benefits and affect your experience.

When you’re wondering, does weed expire? Remember, these two major factors to consider: your weed’s potential to rot and cannabinoids losing their efficacy.

How To Keep Weed Fresh

Tip 1: Your best bet for keeping weed fresh is to keep it in a cool, dark, place. The ideal temperature is between roughly 65 to 75 degrees Fahrenheit. Mildew and mold can thrive in higher temperatures.

Tip 2: Keep your cannabis flower in an airtight container to prevent oxygen exposure. Keep closed as often as possible. Oxygen, heat, and light are the natural enemies of cannabinoids.

Cannabis will often come in colored or opaque glass jars or other airtight containers for this exact reason. This naturally helps them retain some of their potency and stave off spoiling.

Moisture is a natural enemy of plant material. Cannabis is treated and dried to help increase its shelf life. When properly treated and cured, it’s less likely to spoil. This however is a balancing act moisture-wise.

If your cannabis has no moisture it will dry out and lose a lot of its flavor and terpenes and burn more harshly. After all, everyone praises weed that’s a little sticky. If it has too much moisture, it’s likely to develop mold, mildew, or bacteria.

Tip 4: To healthily hydrate your weed try adding a piece of citrus skin. Add a piece of orange, lemon, or lime skin to the container you have your weed in. Over a couple of hours, the peel will naturally transfer some of its moisture to your bud.

How Long Does Weed Last?

Studies as far back as 1976, have shown cannabis has the potential to be both antimicrobial and antibacterial but this course of study has focused on potential interactions with the human immune system.

While cannabis could potentially be cultivated for making traditional medications, in its pure untreated state, it can develop mold and bacteria. Under the proper conditions, it can have a shelf-life of about 1 to 2 years.

The cannabinoids and terpenes naturally develop in the plant to help keep it alive so they can help with longevity but there still are limitations.

How To Tell If Weed Has Gone Bad

Texture changes in your cannabis can be a sign it’s gone bad. If the weed is super dry or oddly spongey that could mean that it’s gotten old and has either not had enough or too much moisture respectively.

It’s important to spot-check your weed for mold or rot. A study found even cannabis purchased at dispensaries can already have fungi and bacteria. There can be things happening on the microscopic level so it’s best to be cautious and not take too many risks.

Unlike locating mold on bread or fruits, it can be hard to spot mold on weed as it can resemble the trichomes or tiny hairs that eventually become kief. Oddly white or brown sections of cannabis can be a sign of mold. If it looks like it has developed white fuzz that’s a sign of mold.

Also, keep an eye out for white powder. Again, cannabis can have kief which is often a light brown and sometimes even resembles shiny dust. White powder could be a sign of mildew.

It’s important to dispose of moldy weed as it can make you ill. It likely will not kill you to smoke moldy weed but smoking it can cause lung infections.

The smell is also a key to identifying bad weed. While weed can occasionally smell skunky, if you smell something musty or mildewy this means your cannabis has turned.

If you can see or smell mold it’s important you toss it as there can be toxins in the weed that can make you sick. The heat used to smoke it or make edibles does not necessarily kill off all of the toxins from mold.

Can You Smoke Old Weed?

While bacteria is an issue, not all old weed is bad. You can smoke old weed even if the cannabinoids have degraded. There aren’t huge risks or sufficient studies to know the risks of smoking moldy weed.

People with compromised immune systems should avoid the risk of exposing themselves to moldy weed as the issue can escalate.

If you see no signs of mold and your cannabis passes the smell test, you can smoke old weed. If it’s mold-free, the worst that can happen is it may have lost some of its potency.

Tip 5: If you have older weed that has dropped in potency, you’ll want to consider vaporizing to retain more cannabinoids, since they can drop as the weed’s THC oxidizes, vaporizing ensures you keep as many as you can.

How Long Can Weed Last In A Ziploc?

A Ziploc bag is not the ideal place to store cannabis. There’s too much airflow which exposes it to oxidation. Not to mention, while Ziploc bags have the potential to be airtight they run the risk of exposing your cannabis to light or heat which will encourage cannabinoid degradation.

While in ideal conditions weed can last from 6 months to over a year, in a Ziploc bag you’ll figure that time can get cut significantly, especially when exposed to light.

Tip 6: Don’t use Ziploc bags. Instead, use glass or plastic airtight containers.

Does Keeping Weed In The Fridge Preserve It?

For produce, your refrigerator can be your best bet for keeping it fresh, but keeping weed in your fridge can expose your cannabis to more moisture and humidity which will increase the chances for mold growth.

You dry cannabis naturally to help increase its shelf life and putting weed in the fridge can change the moisture levels. Not to mention, if it’s not in an air-tight container you can increase the chance it gets exposed to mold spores or bacteria from other items in your fridge.

Does Putting Weed In The Freezer Preserve It?

Ice is used to cultivate trichomes to make kief and hash. Ice water hash is a concentrate that’s made from trichomes cultivated using ice.

When trying to smoke weed you’ve kept in the freezer, you may find it’s lost a lot of its potency and flavor. This is because you’ve likely lost a significant amount of trichomes.

Tip 7: Avoid temptation and do not keep your weed in the fridge or freezer – it will not keep it fresh for longer but in fact put your weed at more risk for mold.

What To Do With Old Weed

If you find old weed, it still may have a use or two. Weed’s biggest issue is mold so if you’ve spot-checked it and found no moldy bits it may still be up for grabs. When weed has gotten old it mostly has just lost potency so your goal should be conserving cannabinoids.

Again, vaporizing old weed can help. By vaporizing rather than burning it you conserve as many of the delicate cannabinoids.

You can use old weed to make edibles. By cooking cannabis into a cannaoil or edible, you help conserve many of the cannabinoids by having them bond to fat. This can sometimes extend the shelf life of cannabis products. Just remember, the expiration date has more to do with what you use to cook them with.

You can also try turning older cannabis into rosin or concentrate. You’ll want to break it down into small pieces and heat it slowly. Check out concentrate recipes here and here.

Cannabis is great medicinally and we haven’t even fully tapped its potential. That being said, it’s still a plant so it is simply not viable forever. There are potential hazards of mold, fungi, or bacteria growth.

Also, like traditional medicine, over time, cannabis can lose its efficacy as cannabinoids degrade and oxidize. With proper care and attention and the tips in this article, you can keep your stash for a decent amount of time and prolong its life.