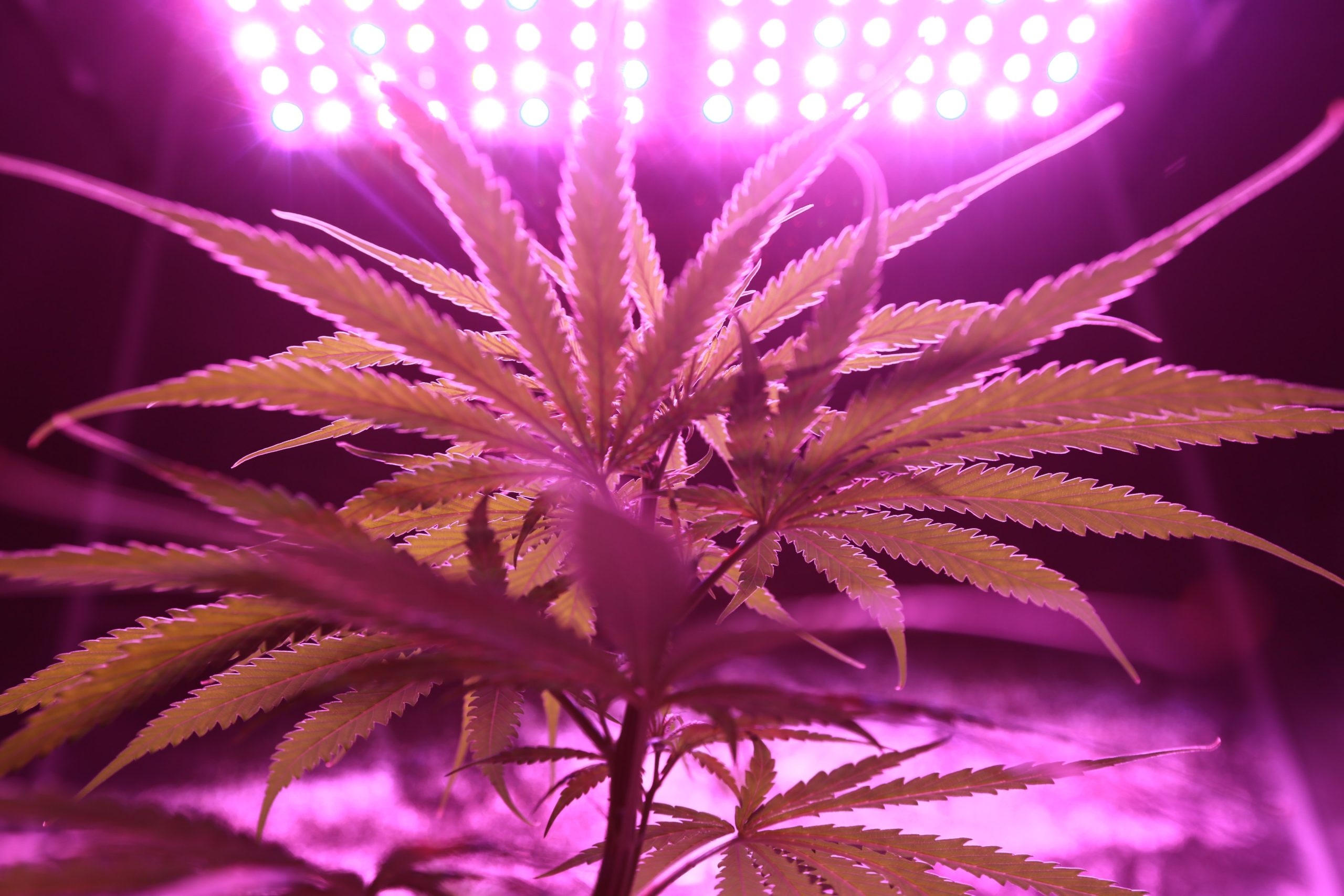 What is CBG (Cannabigerol) & What is the Difference Between CBD and CBG? When you think of medical marijuana your mind may instantly rush to the growing buzz over CBD or that coveted high of THC. You may know nothing about other cannabinoids like CBG (Cannabigerol) and how beneficial these compounds can be for your body.

Given marijuana’s cloudy legal history, so many of the curative and holistic benefits of cannabis have not received nearly enough attention. We have an entire endocannabinoid system that regulates many body functions and engages with the long list of cannabinoids like CBG found in cannabis.

What is the Endocannabinoid System?

Before deep diving into CBG, let’s quickly explore the endocannabinoid system, so you can understand how it all works. The ECS essentially manages our body’s moment-to-moment homeostasis.

The endocannabinoid system keeps all of the trains running on time by regulating processes ranging from learning and memory, emotional processing, sleep, body temperature, feelings of pain, inflammatory and immune responses, and digestion.

Think of the endocannabinoid system as a go-between our nervous system and the body’s other systems like the endocrine and immune systems. There’s a network of CB1 and CB2 receptors throughout our brains and various organs to regulate important life processes.

CB1 receptors help regulate our neurotransmitters by turning them up or down, essentially making us more or less hungry, alert, warm or cold. CB2 receptors help manage the immune system, gastrointestinal tract, and inflammation. This information will be important to understand the difference between CBD, CBG and what CBG does to the body.

Our body naturally makes endocannabinoids to engage with these different receptors. Cannabis is surprisingly naturally chock full of natural cannabinoids that also interact with these receptors. This is why cannabis can give us blissful feelings, the munchies and even reduce inflammation. This connection is a huge part of the growing popularity of medical marijuana.

Are Cannabinoids Only Found in Cannabis?

Marijuana is not the only source of cannabinoids but it is the most plentiful. There are cannabinoids found in other plants like cacao, echinacea, black truffles, plants and vegetables in the Apiaceae family (angelica, anise, carrot, celery, parsley) and the Brassica genus (broccoli, kale, mustard, and cabbage).

CBG is one of the many cannabinoids found in cannabis. While not as popular as CBD, it’s a growing hot topic as it’s been used in therapies for glaucoma to glioblastomas. It has some pretty impressive potential as more study advances to explore cannabinoids beyond THC and CBD.

CBG is also unique in that it’s cultivated from the root of all cannabinoids.

What Does CBG Stand For?

CBG stands for the chemical name Cannabigerol. CBG is derived from the heating of cannabigerolic acid which converts it into CBG. While there are so many amazing things cannabinoids can do for the human body from reducing inflammation to getting you high, they exist as acids that require heat to become a form your body can best use.

Decarboxylation is the process of using heat to convert these acids into cannabinoids. This is why cannabis must be smoked or cooked into cannaoil or cannabutter to make edibles. Now this has mostly been for THC purposes because you cannot get high from consuming raw cannabis.

What makes CBG so special is it comes from decarbing the mother of all cannabinoids. Its acid form, cannabigerolic acid, creates the other acids that become other cannabinoids.

CBG Benefits: What is CBG Good For?

Now that you have a little background, it’s easier to understand how CBG works and what does CBG do for the body?

Research shows CBG can interact with both CB1 and CB2 receptors, meaning it interacts with various parts of the endocannabinoid system and this increases CBG’s potential health benefits.

CBG has been used to manage and treat glaucoma as it can help reduce intraocular pressure.

CBG’s interactions with the CB2 receptors give it great anti-inflammatory benefits. It can help reduce muscle soreness, pain, and even obesity.

New research also shows CBG has the potential to treat attention-deficit/hyperactivity disorder, Huntington’s disease, inflammatory bowel diseases. CBG research is still expanding, after all, while cannabis has been used for centuries, it’s only after certain cannabinoids are isolated that their full potential can be tested. These results are still pretty impressive.

CBG’s benefits also include the potential to aid in the treatment of cancer as it can help inhibit the receptors that cause cancer growth and can inhibit some tumors from growing for breast, gastric, colorectal and even brain cancer.

There is still a ways to go with regards to research, but as medical marijuana legalization and adoption expands nation and worldwide there’s potential for more research and a clearer picture of the many benefits of CBG.

CBG Side Effects: Does CBG Make You Sleepy?

While a great source of plant medicine, cannabis does have a few unique side effects.There aren’t a ton but you may be wondering if CBG will make you sleepy, give you red eyes, or cause the munchies.

So if you’re wondering if CBG will make you sleepy, there’s only about an 11% chance, but as you know if you’ve ever used cannabis products with friends or family, effects can vary from person to person.

While research expands into CBG’s healing properties, there’s also been some research for CBGA’s benefits. As we destigmatize cannabis, more study can explore the vast potential beyond just getting you high or helping you relax.

Given CBGA is the granddaddy of all cannabinoids there’s bound to be potential medicinal properties. Here’s what some of that new research had to say:

There’s a growth in use of CBG flower and products as it can help many people enjoy cannabis products in areas where marijuana is still criminalized. What Is CBG Flower?

CBG flower refers to smokable CBG-rich hemp which is growing in popularity because it skirts a certain legal line. The 2018 Farm Bill federally legalized the growth and distribution of cannabis plants that have less than .3% THC. Since CBG is still somewhat unknown, it’s legal in areas where other hemp-based products are illegal.

In areas where medical or recreational marijuana is still not available, people are enjoying products like CBD, delta-8 and delta-10 that are all cultivated from hemp rather than cannabis. However, their popularity has made some states outlaw them outright. As CBG is still somewhat unknown, it’s still legal in most states.

While you might call cannabis with a high concentration of CBG CBG flower, it mostly refers to CBG flower cultivated from hemp and available to smoke.

Is CBG Safe To Smoke?

While CBG has many curative properties, smoking is still not 100% healthy. Smoking anything can still expose you to toxic chemicals most notably carbon monoxide. It’s important to bear that in mind whenever smoking anything from cannabis to cigarettes to CBG flower.

What are CBG Flower Effects?

In addition to the side effects and benefits listed earlier in this article, there is also the potential for coughing.

As CBG bonds to both CB1 and CB2 receptors this is believed to strengthen the function of the neurotransmitter anandamide which enhances pleasure and motivation, regulates your appetite sleep, and can alleviate pain.

Does CBG Flower Have THC?

While there are some cannabis strains that can have THC and CBG, given how CBG develops, many plants do not contain both. Also, remember, CBG flower refers to legal hemp that’s high in CBG so it can only have at most .3% THC.

Does CBG Get You High?

There is some bad news and worse news if you are hoping CBG is psychoactive. Not only does CBG not get you high, it is actually one of the cannabinoids that can counteract THC. That’s right, CBG actually makes you less likely to feel high.

The entourage effect is why you don’t feel the same when you smoke cannabis vs. when you eat it vs. when you try pure THC. CBD and CBG temper some of the psychoactive effects of THC while also affecting different parts of your endocannabinoid system.

A higher presence of CBG means it will counteract some of the high you might feel in a strain with less CBG. While CBG can encourage pleasurable and relaxing feelings it will not give you the same high as THC products and downplay some of the effects of THC.

What is the Difference Between CBD and CBG?

That’s not the only difference between CBD and CBG, they also don’t bind to the same receptors. While CBG can bind to both CB1 and CB2 receptors, CBD can only bond to CB2 receptors. CBG can aid in all of the conditions we mentioned that include both the nervous system and other systems of the body.

CBD is much more effective in helping immunity-based interactions and health conditions. CBD has also been used to help with mood disorders.

Does CBG Show Up on a Drug Test?

Given the nature of drug tests and the growing popularity, and more importantly legality, of cannabinoid products featuring CBD and CBG there’s no reason to test for CBG directly. Many drug tests specifically test for THC.

The goal of drug tests is to gauge if you are breaking the law or consuming drugs that impair your functioning. CBG is still legal and flies under the radar so it’s not likely a drug test will test for such a random chemical.

That being said, if you plan to be taking a CBG product and are concerned, try to find a product that is below 0.3% THC, which is an amount that can be thoroughly metabolized in a few days or even up to a week.

It’s also important to remember that trace amounts of THC can build up in your body based on frequent marijuana use, after all THC and other cannabinoids love fats as their delivery system.

CBG is one of a long list of cannabinoids that can offer us a whole host of new cures, treatments, and hope for worldwide legalization of marijuana. If you’re curious, it may be worth trying many of the CBG products on the market.

As CBG naturally precedes the development of THC in the plant, there are hemp products that are naturally full of CBG so they’re not heavily doctored or chemically treated to cultivate CBG. Not to mention there are a whole host of medicinal benefits and more to be discovered from CBG.

You may find some great benefits from CBG or maybe after everything you’ve read you may want to apply online for a medical marijuana card right now. That’s the best way to explore the curative effects of cannabis safely and legally.