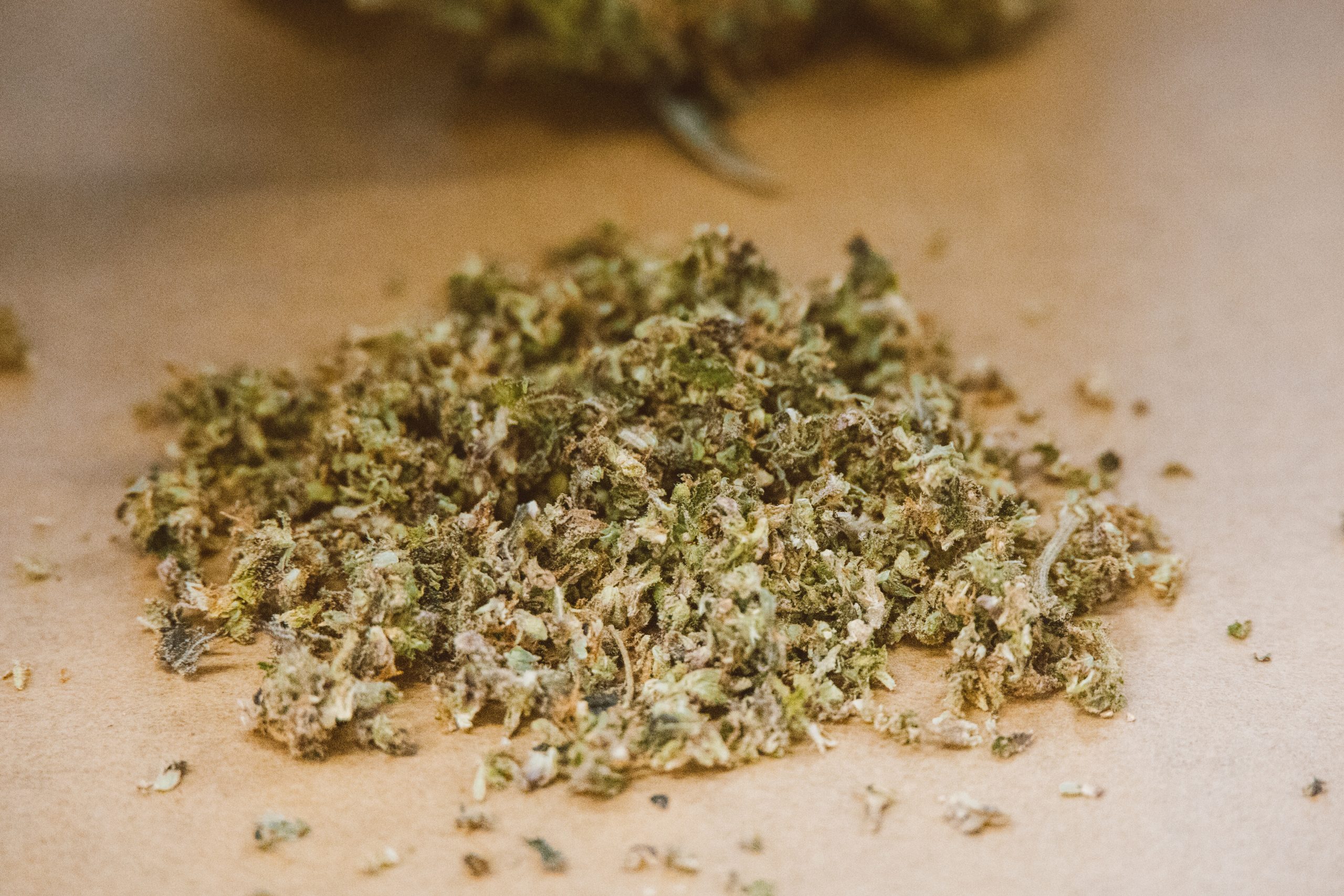 Kief vs Hash vs Weed FAQs 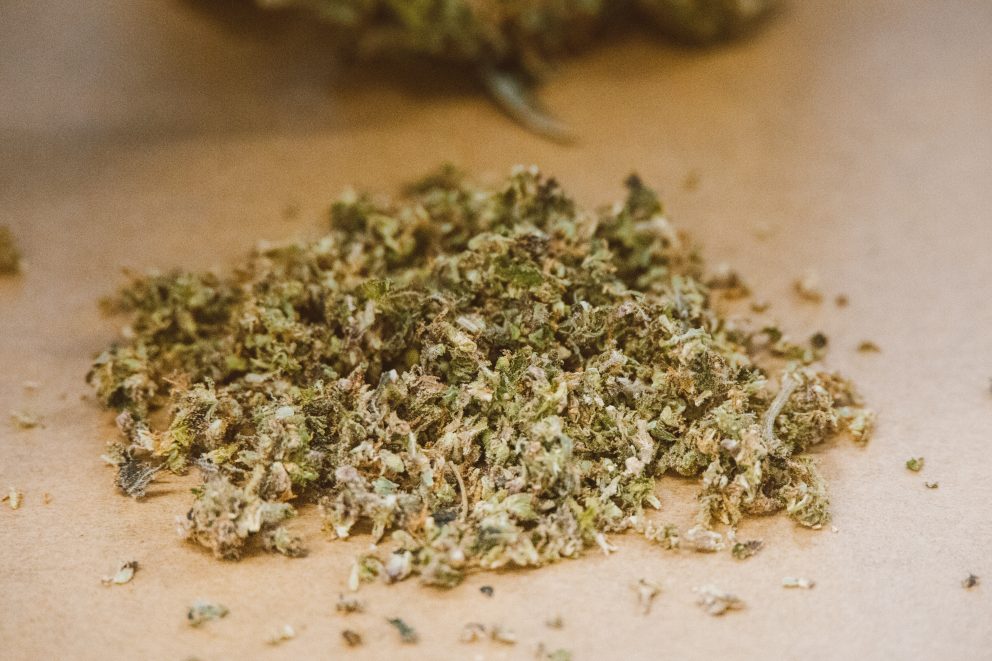 Medical marijuana is bringing more people to cannabis but that can sometimes mean introducing strangers to a whole new language describing various cannabis products and processes. This can be a bit intimidating for a newbie wondering: what is weed vs. hash vs. kief? What does it all mean?

People seeking medical marijuana to ease symptoms or explore cannabis as a cure aren’t necessarily fanboys in the know, but luckily, the different terminology is simple enough to iron out, sometimes even literally, but more on that later.

Simply put, the difference between hash and weed and kief is kief is a name for a part of the cannabis plant, and hash, or more formally hashish, is a product made from cannabis and/or kief. This article will give you a clearer understanding of hash, kief, the differences between kief vs hash, how they may be right for you and even a quick and simple way to make your own hashish at home.

To the average cannabis user, kief is the dust that gathers at the bottom of your herbal grinder or cannabis packaging. It resembles fine powdery dust that can stick to your fingers, especially when handling cannabis flowers. It’s also the fine hair-like structures that grow on the outside of buds.

More specifically this dust is composed of trichomes which are glands that act as resin factories of the cannabis plant. They create resin that’s full of the cannabinoids and terpenes that make medicinal marijuana so desirable. If you’ve ever seen subtle crystal formations on cannabis flowers, that’s dried resin from these trichomes.

Cannabinoids like CBD, CBG, and THC all have various medicinal benefits and help engage with your endocannabinoid system. These are the most desirable parts of cannabis, which is why as the most cannabinoid dense part of the plant, kief is a hot ticket item.

Why Do Cannabis Plants Make Cannabinoids And Terpenes?

The cannabis plant does not create cannabinoids to get you high, help heal your nausea or inflammation, even though those things can happen. The goal of these cannabinoids in plants is to keep them safe from hungry animals, disease, and the elements.

Part of the reason why skunk weed smells so skunky is because it’s protecting itself, too. Cannabis trichomes, the components of kief, keep cannabis plants safe by creating a sticky resin they use to help them trap small insects, while the pungent aroma and bitter taste of many terpenes can turn off hungry animals.

The cannabinoids can also help them protect against fungi, harsh weather and cannabinoids, including THC, can be antimicrobial.

Research shows terpenes can help the cannabis plant regulate their humidity levels as plants do really need water to thrive. Research also shows that THC may help the marijuana plant protect itself from UV rays during photosynthesis.

The fact that these cannabinoids serve so many purposes for the plant but also engage in so many different ways with the human body is such an interesting biological connection. As the marijuana market expands, hopefully more study will further explore this connection and the vast potential of cannabis.

Why is Kief Stronger than Bud?

Kief is stronger than bud (cannabis flower) because it’s the most cannabinoid-concentrated part of the plant. Less plant matter means that when you’re smoking or consuming kief, there are more cannabinoids and terpenes by weight.

While many strains of cannabis flower can be 15-40% THC, some super pure kief can be up to 70% THC. The reason is that there’s less leaves, stems, and other non-cannabinoid plant matter. 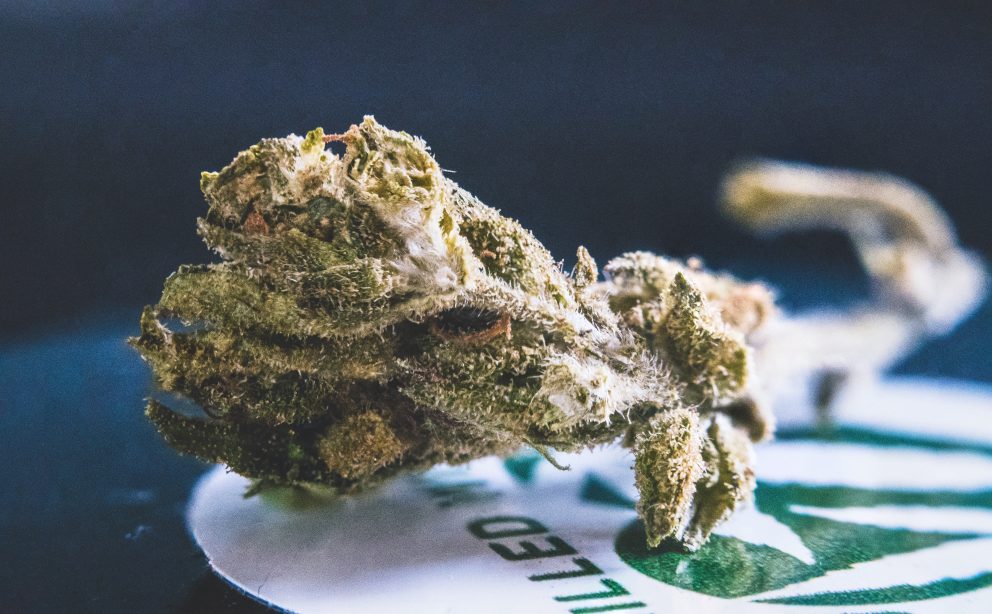 How Do You Collect Kief?

Kief is fairly easy to collect as many herbal grinders have an extra chamber to catch kief that naturally gathers at the bottom. Given their light weight, the trichomes will fall into the chamber as you grind your weed.

In addition to grinders with extra chambers, you can also collect kief using silkscreens. You can simply rub your cannabis flower over silkscreens and the kief will fall through.

There’s also a more involved process to collect super fine kief using dry ice. You combine cannabis flower and dry ice in a bucket, and you cover that with a micron bag. These bags have tiny holes to collect the fine particles of trichomes.

You shake the ice and cannabis mixture over a piece of parchment or clear table. Over time, the trichomes will fall through the mesh bag and from there you can gather all of your kief.

How Do You Use Kief?

Kief can be used to give your marijuana an extra dose of cannabinoids. You can add kief to joints, your bowl, or however you smoke weed. Many pre-rolled joints, or pre-rolls, can be dusted with kief to give them that extra umph.

Since the kief is full of cannabinoids and terpenes, it increases the THC level and can be used when making high THC products like moon rock weed, hashish, or dabs.

Similar to, and often made with kief, hashish is a concentrated form of cannabis. Hashish has existed in the Middle East for centuries as a pressed form of kief and marijuana flower.

Hashish is most commonly made by extracting kief and resin from flowering buds and pressing them together into a solid brick. Since the bulk of the hashish is resin and trichomes there’s a ton of cannabinoids and it tends to be dense with cannabinoids including THC.

Hashish comes from the Arabic word for grass. It’s also known as bhang in India and Iran and has been used as far back as 1000 B.C. It was used in Moslem culture to treat asthma, gonorrhea, constipation, and as an antidote for poisoning. It was even thought to be popularly used by assassins named the hashishiyya who were credited their name and connection to the drug by Marco Polo.

Traditional hashish has been popular in Egypt and the Middle East for centuries. However, hashish or hash has become a catch-all for cannabis concentrates. Other types of hash include:

Butane hash oil is resin that’s been collected by blasting cannabis with butane to dissolve the plant matter. It is used to make wax, shatter, crumble, and budder. These variously textured concentrates are all used to smoke dabs. These can all be made by various chemical processes that cultivate the resin or concentrate in different ways.

While effective in eliminating plant matter and getting super high concentrates of cannabinoids like THC, you may not want to mix plant medicine with harsh chemicals like butane and propane. Unlike traditional hashish, many of these dabs have the potential to expose you to unwanted chemicals.

Not all cannabis products are not formally regulated, i.e. in states where cannabis is not legal, and they do vary from producer to producer. While many dabs can have little to no chemical residuals, it’s important to know that wax, shatter, crumble, and budder are made with chemical processes while rosin, bubble hash, and dry-sift hash, simply involve pressure and heat. The Difference Between Hash and Weed

The main difference between hash and weed is that hash is made from cannabis. Traditional hashish tends to focus on the resin, and trichomes or kief of the plant. All forms of hash are focused on cultivating cannabinoids and reducing plant matter.

Less plant matter means a higher percentage of THC, CBD, and other cannabinoids by weight. This means you’ll need a lot less hash than weed to receive the same desired effect.

Is Hash Stronger than Cannabis?

Hash tends to be stronger than cannabis as it’s more concentrated with cannabinoids by weight. Hash is made by cultivating trichomes, resin, and/or flowering buds while eliminating the lower THC plant matter like stems and leaves.

Some forms of hash also eliminate all of the plant matter altogether meaning they are mostly cannabinoids. This process often requires chemicals like butane to create butane hash oil which is the main ingredient in dabs.

How to Make Hash from Kief:

One of the main uses of kief is to make hash. In traditional hashish, flowering buds of cannabis can be hand-rolled into a ball of resin called charas. More traditional hashish is made from collected kief and flowers that are pressed together into a brick.

The low heat helps begin the decarboxylation process which converts THC-A and other acids into the cannabinoids we desire. It also helps press them together creating a higher density of plant matter. Not to mention, it can offer a subtle flavor to your hashish.

You can easily make your own hash at home:

Now you can use this hashish to smoke, dab, or vaporize. It can also be used to make edibles. You just will want to make sure you don’t overheat it at the expense of cannabinoids which can degrade if overheated.

There can be a ton of new terms and types of cannabis products that can all be a bit overwhelming. Ultimately, they are just different avenues for getting you the benefits of the cannabinoids which are the keys to medical marijuana.

Kief is a collection of the trichomes that grow on cannabis plants. When these trichomes and the flowers are collected and combined to cultivate resin they can form hashish or a form of hash. Here’s hoping that you are less intimidated and may even take the plunge and make your own hash at home.