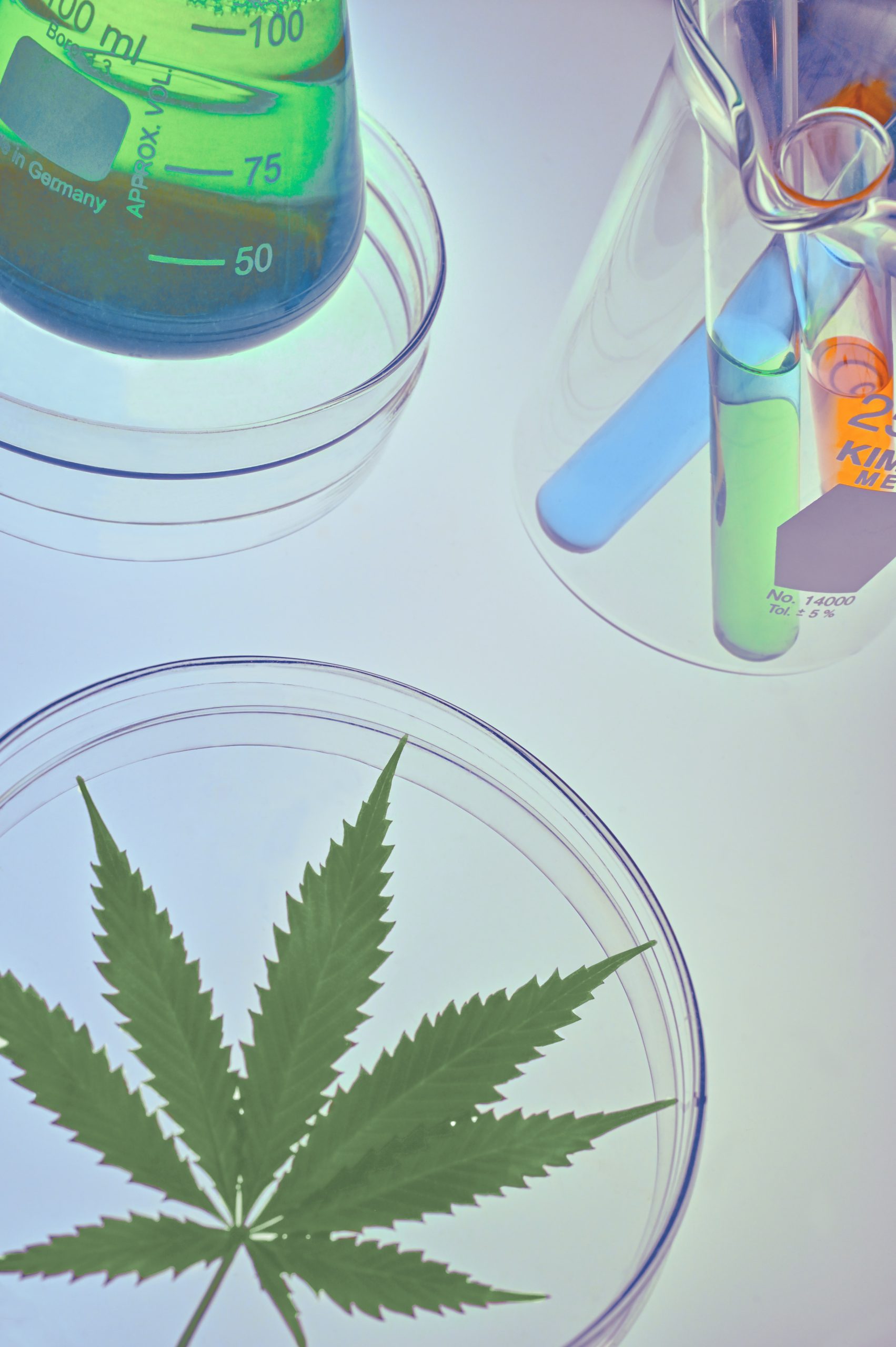 What is Delta-9-THC and What Exactly is the Difference Between Delta-8, Delta-9, and Delta-10? Photo by Girl with Red Hat

Attitudes, and more importantly laws, about cannabis are changing. This has created a whole new economy of cannabis products ranging from cananoil to dabs to vapes. While cannabis isn’t legal everywhere, the decriminalization of hemp has opened up an entire market of not-quite-THC products.

Delta-8 and delta-10-THC have popped up confronting people with confusing chemical variations of THC and options for products that offer different benefits, potential pitfalls, and more importantly a confusing legal standing. After all, delta-8 and delta-10 are finding their footing in areas where cannabis is not legal.

Delta-8 and delta-10 are chemical compounds similar to traditional THC, which is chemically classified as delta-9-THC. THC is the draw for many to cannabis and is driving a major movement in medicine and culture, not to mention, a huge push for legalization.

Potential profits and legal loopholes have created a whole new market. What are the differences between delta-8, delta-9 and delta-10? How do you know which one is right for you? Are there any legal concerns? This article will give you a full picture on these varieties of THC and how they can work for you.

When you think of THC, the chemical in cannabis that gets you high, you’re referring to delta-9-tetrahydrocannabinol. While known for its psychoactive effects, THC is used therapeutically to treat nausea and vomiting due to chemotherapy, as an appetite stimulant, and for pain relief.

Delta-9 is one of the more plentiful cannabinoids in cannabis. Delta-8 and delta-10 can be found in trace amounts in cannabis as they result from the breakdown of traditional THC. That’s right as cannabis gets old, THC will naturally degrade.

Oxygen, heat, and light can all encourage THC to degrade and one of the results is delta-8 and delta-10 THC as well as Cannabinol (CBN).

Where Does Delta-9-THC Come From?

Before introducing delta-8 and delta-10 there’s a little cannabis chemistry that’s important to know in order to understand the difference between delta-8 vs delta-9 vs delta-10. Deltas 8, 9 and 10 are all chemically connected, and understanding how cannabinoids develop, degrade, and interact with our body can help you find the right one for you.

All cannabinoids come from CBG-A, which is essentially the stem cells of cannabinoids. It’s the acid form of Cannabigerol (CBG). Most cannabinoids like THC, CBD, and CBG, all begin as acids, like THC-A and CBG-A.

When these acids are decarboxylated whether by exposure to heat and light, being smoked, or cooked, they convert into forms our body can process.THC-A becomes THC, CBD-A becomes CBD and CBG-A and so on.

CBG-A can either decarb and naturally convert into CBG or through different processes in the plant become THC-A, CBD-A and the acids that become all of the other cannabinoids. CBG-A converts into different cannabinoids that serve different purposes for the plant.

For example, THC-A and CBD-A start to be created during the flowering process to protect the developing flowers from bugs. Both cannabinoids have insecticide and herbicide properties.

This chemistry is important to understand because not only does CBG-A convert into THC-A which converts into THC. THC in the plant can slowly oxidize which will create CBN and trace amounts of delta-8 and delta-10.

While delta-8 and delta-10 THC can occur naturally, most of the versions you come in contact with are man-made and synthesized from CBD collected from hemp plants. Since so many of the cannabinoids are chemically connected, different chemical solvents can be used to convert them into each other. Delta-8-THC is a synthesized version of THC that’s quickly growing in popularity because it skirts certain laws governing cannabis. In states where cannabis is not yet legal, people are selling delta-8-THC products including vapes, tinctures, oils, gummies and edibles.

Many of these are technically legal by the letter of the law but grossly unregulated. Delta-8 is legal because it is harvested from hemp. Hemp is classified as any cannabis plant that has less than .3% THC thanks to the 2018 Farm Bill.

So despite THC being criminalized because it gets you high, delta-8 offers you a technically legal high. The 2018 Farm Bill legalized the growth and cultivation of low-THC cannabis plants which are high in CBD.

This drove a market for CBD products that were technically legal. That caused an overgrowth of CBD-rich hemp which caused the prices of CBD to plummet and an abundance of CBD oil.

Utilizing simple chemistry, producers were able to convert this CBD oil into a technically legal version of THC known as delta-8. Exposing it to chemicals like hexane or acetone can convert some of the CBD in hemp into delta-8-THC.

While delta-8-THC does exist naturally, often in minute amounts, the kind on the market is almost exclusively harvested from high-CBD strains of hemp.

There can often be little to no regulation of delta-8 because unlike legalized cannabis there’s no requirement for testing or laws governing the concentration of THC.

This process has also created the potential for chemical exposure. The US Cannabis Council found delta 8 products on the market with remnants of hexane and acetone and even metals like copper and nickel. Another study found that some delta-8 inhalers listed inaccurate measurements of delta-8 content and not only included delta-9-THC but also heavy metals.

Delta-10, like delta-8 is an isomer of THC. Isomers have the same chemical make-up but their molecules are distributed differently. So while they might seem chemically identical, there are differences in how they function.

Like delta-8-THC, delta-10 can occur naturally in the plant in trace amounts. Delta-10 is so rare that it’s virtually impossible to find a product that’s 100% Delta-10-THC. It’s often blended with other cannabinoids like CBG and Cannabichromene (CBC) to flesh out its cannabinoid count.

Delta-10 was discovered accidentally when cannabis company Fusion Farms found their cannabis that had been contaminated with chemicals had developed strange crystals. When they reversed engineered those crystals they discovered a way to cultivate delta-10.

To understand how cannabinoids interact with our body, here’s a quick breakdown of the human endocannabinoid system.

The driving force of medical marijuana is the 100s of cannabinoids found in cannabis that engage with a system of nerve cells throughout our body. Like our immune system, there are parts of the endocannabinoid system throughout the human body.

Think of the endocannabinoid system as a division of our nervous system. Our body has different CB receptors that govern different biological processes. THC’s effects are mostly caused by its binding to the CB1 receptor.

The CB1 receptor is found in brain regions that are involved in:

As isomers, the various versions of THC work similarly but affect the body differently. For example, delta-9-THC bonds to CB1 receptors. Delta-8 can also bond to CB1 receptors but given its different chemical make-up the bond isn’t as secure.

This means that delta-8 can have similar effects as delta-9 but to a subtler degree. This can either mean you may need more delta-8 to have the same effect on the body as delta-9-THC or it simply will not be as psychoactive.

This is often why people report that using delta-8 they are more likely to feel the high and euphoria with less of the paranoia, anxiety, and intensity of delta-9.

Much of the push for CBD has to do with its affinity for CB2 receptors. This can often be why people feel relaxed and a decrease of pain and inflammation.

Delta-9 is super reactive to CB1 receptors and so they can give you the high feeling and it can also cause some memory loss and anxiety. Delta-8 can have a more subtle effect on CB1 receptors and combined with its affinity to CB2 receptors.

Delta-10 can interact with both CB1 and CB2 receptors but not as strongly as Delta-8 and Delta-9. Delta-10 can help the body produce the neurotransmitter acetylcholine which can help with memory issues, cognition, and neuroplasticity.

Remember, delta-10 products can also have CBG and CBC which governs gastrointestinal motility.

When considering the medicinal benefits of delta-8, delta-9, and delta-10 consider your goals for treatment and find which variety might best serve your goals. The major draw of THC is the high so many will be curious which of the three are strongest. While will offer you a high, how long it might last, and which may be right for you. Delta-9-THC as the most plentiful and longest-standing version of THC is the strongest.

The cultivation of delta-8 and delta-10 has more to do with creating a legal high rather than augmenting the high of THC. They are not stronger in comparison to delta-9. Delta-9 most effectively interacts with the CB1 receptors creating the high.

Delta-8 can also interact with the CB1 receptors but has a weaker affinity to CB1 receptors. Combined with its affinity for CB2 receptors tempers some of the psychoactive effects of THC. Users of delta-8 often report that it offers euphoric effects, relaxation, but less anxiety or paranoia.

The subtler psychotropic effects of delta-8 have even led some doctors to use it to treat pediatric patients. That’s right, children and THC. This was of course in a controlled setting. One major issue with delta-8 and delta-10 products is their legality has meant more children have had access.

Delta 10 is the weakest as it doesn’t have a strong affinity for either CB1 or CB2 receptors. That being said, it is shown to have a relaxing quality and does offer some slight psychoactive effects. Many also report that it helps people change their mood.

Delta-9 is the THC that effectively launched the criminalization of cannabis. The 2018 Farm Bill legalized the growth of and cultivation of products made with cannabis that has less than .3% delta-9-THC. Essentially, anything with less than .3% is not legally considered hemp.

Delta-8 and delta-10 products are made from legal hemp so technically they are legal on the federal level while cannabis is not. Marijuana is becoming legalized for medicinal and recreational use on the state level.

Due to public outcry, delta-8 products have been criminalized in some states. The lack of regulation has meant the risk of poisoning, overdose, and young people getting their hands on THC-laden products.

The Food and Drug Administration and Centers for Disease Control and Prevention have both shared statistics. Delta-8 and delta-10 are being criminalized in some states.

Delta-8 is not legal in Alaska, Colorado, Delaware, Idaho, Iowa, Montana, New York, Nevada, North Dakota, Oregon, Rhode Island, Vermont, Utah, and Washington. More states are seeking to regulate delta-8 because while it’s legal federally it can be dangerous in the wrong hands.

Currently, cannabis is only fully illegal in Wyoming, North and South Carolina, Idaho, and Nebraska. In every other state, there are varying laws ranging from legal CBD with THC to strictly medical marijuana, to full legalization.

It’s important to note that legalized cannabis is still regulated which means that you are less likely to be exposed to toxic chemicals, not to mention, legalized cannabis requires rigorous testing and accurate dosage information.

Cannabis legalization means so many more patients are able to try medical marijuana. Delta-8 and delta-10 THC products are popping up to offer a legal high and medicinal cannabinoids.

The issue is the delta-8 and delta-10 markets are mostly driven by financial reasons to make money from excess CBD products or capitalize on the demand for THC products. These markets are grossly unregulated.

Some states are actually seeking to criminalize delta-8 and delta-10 products while also legalizing traditional cannabis.

If you want to try these products, be sure to purchase them from a reputable source. It’s also worth researching their production process to ensure you’re consuming products free from potentially toxic chemical remnants, made hygienically with accurate dosages.