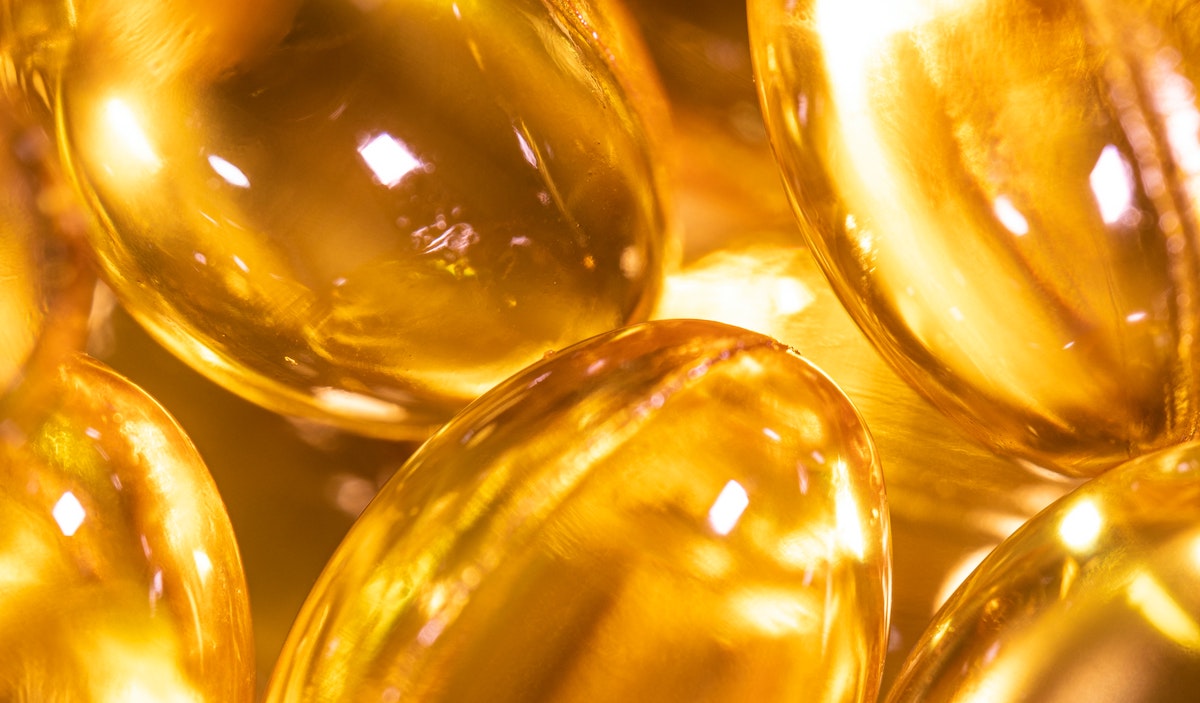 What is Dronabinol (Marinol)? And How Long Does Marinol Stay in Your System? Medical marijuana has been legalized in 39 states and Washington D.C. but as far back as 1985 Marinol, a pill form of THC, was approved for public consumption by the FDA. Dronabinol, also known as Marinol, is a synthesized version of THC made by pharmaceutical companies for medical use.

Cannabinoids like CBD, CBG, CBN are slowly being explored for their potential health benefits and rolling out in various products with different legal statuses. However, THC has been a hot topic and the go-to cannabinoid.

After all, it gets you high and has driven an entire industry of synthetic-THC cannabinoids including delta-8, delta-10, and HHC. That being said, the most legal version of THC is the synthesized prescription drug known as Dronabinol (Marinol).

Does Marinol make you high? Could it be right for you? What is it prescribed for? Find out all about the first prescription drug made from cannabis.

Dronabinol is essentially a THC pill available under the brand names Marinol, Syndros, Reduvo, or Adversa. In addition to capsules there’s also a liquid form of the drug available. Unlike traditional delta-9-THC, naturally found in cannabis, dronabinol is completely synthetic. That’s part of why it’s legal.

The bright side of its legal status, FDA-approval, and ability to be prescribed is that Marinol and Dronabinol can be covered by insurance, unlike medical marijuana.

That may soon change. California residents will have access to some health plans that offer medical marijuana insurance. This can potentially expand nationally as more states look to California’s example while legalizing marijuana.

While dronabinol is a traditional pharmaceutical, which may be a turn-off to some, it has still been instrumental in legitimizing medical marijuana.

Since 1975, over 100 clinical trials of cannabinoids or whole-cannabis preparations for various conditions and symptoms. The result has been the development of Dronabinol, another cannabis-based drug Nabilone, and expanding legalization of medical marijuana, CBD products, and other cannabis products.

Marinol is the brand-name for capsules containing the version of THC known as Dronabinol in sesame oil. It can contain dronabinol, iron oxide red and iron oxide yellow, gelatin, glycerin, sesame oil, and titanium dioxide.

Marinol is a Schedule III drug under the Controlled Substances Act. That essentially means that its possession is regulated but it is in a class of controlled substances with a moderate to low potential for physical and psychological dependence.

Being reclassified from a Schedule II to a Schedule III helped more people embrace Marinol as a treatment and increased its prescription but it can still be habit forming.

Marinol is ingested orally as a capsule. However, a study found interesting results when administering Marinol rectally. Researchers found that the rectal bioavailability was approximately twice the amount of what it is when used orally.

When consumed rectally more of it was processed by the body and available for use. Before considering rectal use of THC, it’s important to note that these findings could be because Marinol is not traditional THC but synthetic which can explain this behavior.. Considering the reasons Marinol is prescribed a rectal administration might actually be helpful to some patients.

What Is Dronabinol Used For?

Dronabinol is used to prevent or treat extreme nausea and vomiting that can occur during chemotherapy. It’s often offered as a last-chance option when other medications have proven ineffective.

Dronabinol has also been approved to help increase the appetite of patients whose HIV has escalated to acquired immunodeficiency syndrome (AIDS).

What Is Marinol Prescribed For?

Marinol and Dronabinol are prescribed the exact same way. However, it’s important to note that Marinol is often prescribed when traditional treatments for nausea and vomiting have not worked.

The traditional dosage for Marinol as an appetite stimulant is 2.5 mg by mouth twice a day. For patients wondering how long it takes for marinol to increase appetite it is often prescribed 1 hour before meals.

Doses of Marinol for nausea or vomiting are based on height and weight. The first dose is often given 1-3 hours before chemotherapy, with additional doses every 2-4 hours after chemotherapy as needed.

There was a clinical trial examining using Marinol for anxiety and depression but was found to be too cost-prohibitive. Marinol has not been formally FDA-approved as a treatment for anxiety or depression.

It’s best to defer to your prescription when using Marinol to avoid potential illness or negative reactions.

What Are The Side Effects Of Marinol/Dronabinol?

The side effects of Marinol are similar to traditional THC and include drowsiness, dizziness, paranoia, and sleepiness. This wouldn’t be too shocking if you’ve ever tried traditional cannabis.

There is also a risk of Marinol potentially causing nausea, vomiting, and stomach pain which is strange given it is meant to treat these conditions.

Side effects can vary from patient to patient and it’s important to remember that Marinol will behave differently than traditional cannabis because it is both synthetic and a concentrated version of THC so it doesn’t have the full balance of other cannabinoids.

Are There Risks When Using Marinol?

One risk of Marinol/Dronabinol is that it can be habit forming. While it has been classified as a Schedule III vs. Schedule II drug, pure THC can have a different effect on the body. Concentrated versions of THC like THC crystals have also been known to cause dependency.

This also means there is the potential for withdrawal symptoms when stopping Marinol or Dronabinol.

Drinking alcohol while taking Marinol can increase its effects. Severe risks when using Marinol include potential mental health problems like depression and schizophrenia episodes, heart issues, and even seizures. It’s important to note that this is most often with people with a history or predilection for these conditions. Are There Risks of Interactions with Marinol?

Using Marinol or Dronobinal with alcoholism medication Disulfiram or the antibiotic Metronidazole is not advised and can have negative interactions.

Drugs like lithium, theophylline, buspirone, atropine, dicyclomine, clidinium, glycopyrrolate, hyoscyamine, mepenzolate, methscopolamine, scopolamine, methantheline, propantheline can all run the risk of potential negative drug interactions. It’s important to check with your doctor if you are taking any of these medications.

Care should be used when mixing Marinol with weight loss aids or supplements like belladonna and should also not be mixed with street drugs like cocaine, MDMA, or ecstasy.

It’s important to alert your doctor if you suffer from any of the following conditions as they can be exacerbated by Marinol:

Using traditional cannabis while taking Marinol can create the potential for an overdose. While a THC overdose is not lethal, it can cause negative psychological and physical experiences. Care should be taken because cannabis users rarely consume concentrated THC like Marinol.

Can Marinol Make You High?

Marinol is essentially pure THC, so you would think it would automatically make you feel high. However, there are a few factors that can affect how you feel including your dosage.

It’s also synthetic and the development of Marinol focused less on preserving the high and more on its potential treatment.

Without the full spectrum of cannabinoids, you will not feel the same high you would when using traditional cannabis. There is the potential for some feelings of euphoria, or even the potential for lightheadedness or fogginess. However, some patients do not feel high at all.

Will Marinol or Dronabinol Test Positive For THC?

Marinol and Dronabinol can cause a positive test result on a drug test. Marinol, while a synthetic version of THC, still will metabolize like THC.

The bulk of many drug tests check for the metabolites of drugs, which are basically whatever is left over as your body breaks down and processes drugs. While many drug tests will not test for delta-8, delta-10, or HHC, Marinol can still cause a positive test result.

How Long Does Marinol Stay In Your System?

There are a few factors that can affect how long it takes for your body to fully metabolize and flush Marinol or other THC products. These can include your age, body size, birth sex, and how regularly you use it.

Generally, Marinol can appear within 2 days and for up to 11 weeks in urine. A hair follicle test can show a positive result for 90 days after your last dosage. An oral swab will usually be clean after 10 days at the most.

If you have a prescription for Marinol or Dronabinal you can likely submit a doctor’s note when taking a drug test as you have a legal reason for the positive result.

Dronabinol and Marinol are merely the tip of the iceberg for the potential applications of medical cannabis. More studies and developing research into cannabinoids are exploring the potential treatment of psychological conditions to cancer.

Marinol has been prescribed for decades and can help many in dealing with specific conditions.When considering taking Marinol or other Dronabinol products its important to consider that this is a synthetic medication.

With expanding cannabis legalization you may want to consider getting your medical marijuana card to capitalize on completely natural cannabis and all of the cannabinoids and their various health benefits.