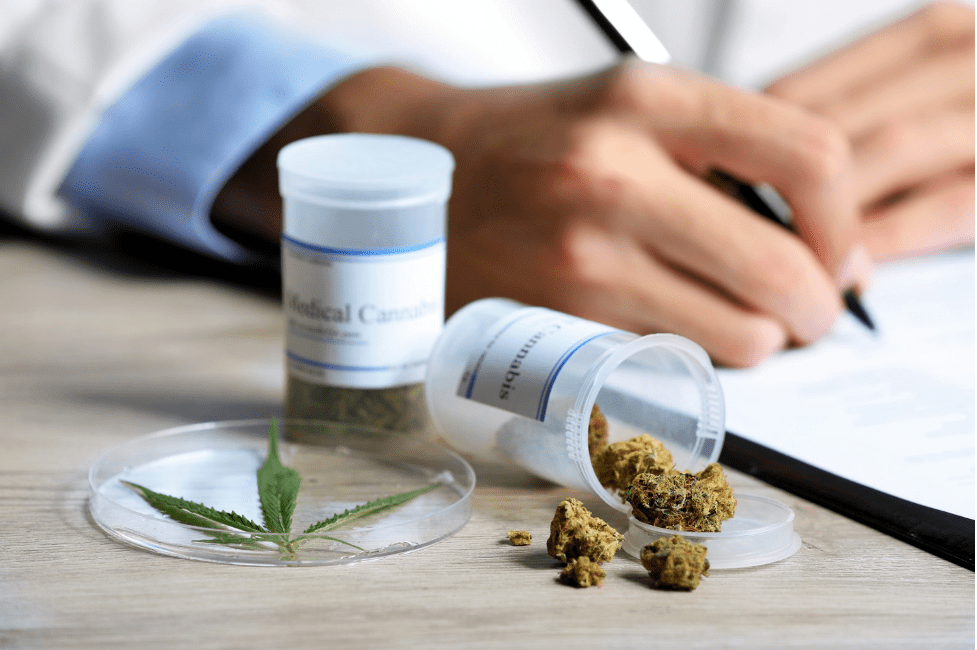 Can I Get a Medical Marijuana Card for Endometriosis in Pennsylvania?

The world of medical marijuana has been through a lot since California became the first state to legalize medicinal cannabis in 1996.

In the two and a half decades since then, the United States now has 36 states and four territories that have legalized the medical use of marijuana. On top of that, many states have fully legalized the recreational use of cannabis for adults.

Navigating the ins and outs of receiving a medical marijuana card in your state can be overwhelming and difficult. Are you wondering if you can get a medical cannabis card in Pennsylvania for endometriosis?

Let’s take a look at what you need to know.

Endometriosis is a disorder that is often quite painful. With this condition, tissue that is similar to the tissue that typically lines the inside of a person’s uterus grows outside of the uterus. This tissue is known as the endometrium.

Most commonly, this disorder involves a person’s fallopian tubes, ovaries, and the lining of the pelvis. In rare circumstances, this endometrial tissue could potentially spread beyond the pelvic organs.

The tissue that is growing outside of the uterus acts in the same way that endometrial tissue inside the uterus acts. Basically, it breaks down after growing thicker and then bleeds during each cycle of menstruation. Because this tissue does not have a means of exiting your body, however, it will become trapped.

Cysts called endometriomas might form if the condition involves the ovaries. Scar tissue and adhesions can eventually develop as tissue becomes irritated. On top of this, organs and pelvic tissues and stick to each other because of abnormal bands of fibrous tissue.

The main symptom that occurs with endometriosis is pain in the pelvis. This often occurs in association with menstrual cycles. In addition to pelvic pain, some more common symptoms and signs of endometriosis include:

Are There Studies to Suggest That Medical Marijuana Can Help with Endometriosis?

The most common method for treating the pain that results from endometriosis is with anti-inflammatories and analgesic pain relievers. However, many people have found that medicinal marijuana can help them manage the pain that accompanies this disorder.

There have been a number of studies that have looked at medical marijuana and endometriosis in Pennsylvania. One of the studies found that pain reduction was increased when cannabis was combined with opiates, versus simply giving a pain patient the opiates alone.

There is also some evidence to suggest that many common chronic illnesses are caused by imbalances in the endocannabinoid system. While endometriosis is one of the conditions that within the study, painful periods (known as dysmenorrhea) are. It appears that cannabis is able to help symptoms through its interaction with the endocannabinoid system.

One study that involved mice as subjects suggests that THC can help to reduce endometrial growth and lessen some of the associated symptoms.

How Can You Get a Medical Marijuana Card in Pennsylvania?

There are four basic steps that you have to go through in order to get a medical marijuana card in Pennsylvania.

The first thing you have to do is register for the program through the Medical Marijuana Registry. After this, you can have physician certify that you are experiencing one of the qualifying medical conditions. Lastly, you can pay the fee to receive a medical marijuana card.

At this point, you are able to purchase medical marijuana from approved dispensaries in Pennsylvania.

Can You Get a Medical Cannabis Card for Endometriosis in Pennsylvania?

While endometriosis is not listed as a qualifying condition to receive a medical marijuana card in Pennsylvania, it can be considered a type of chronic pain.

Do You Want to Get a Medical Marijuana Card in Pennsylvania?

While the field of medical cannabis research is still in its infancy, there is a lot of optimism in the medical community about the potential of medical marijuana to benefit countless Pennsylvanians.

Since there are different qualifying conditions in the different states where medical cannabis is legal, sometimes it can be difficult to understand whether or not you will qualify for a medical marijuana card.