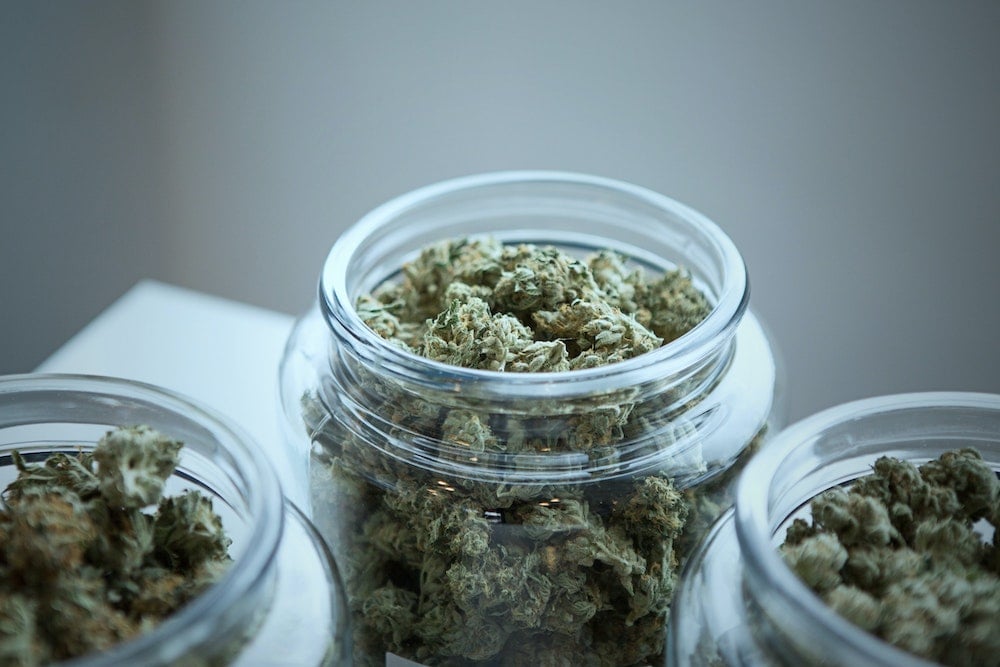 The Problems Of PGR Weed & How To Spot It

As the debate over genetically modified foods rages on, there’s now a reason to be concerned about genetically modified weed? While GMO weed isn’t on the market, plant growth regulators are being used to alter cannabis chemically. As a result, PGR weed is a way weed growers can inflate their profits at the expense of your health.

Plant growth regulators (PGR) are chemicals that can be used to control different aspects of a plant’s growth. For example, growers do this to increase the size of fruits, control when it flowers, and have more control over the size of certain parts like the root or stem. The issue is that these plant growth regulators are often toxic chemicals that shouldn’t be eaten, let alone smoked.

To add insult to injury, PGR weed doesn’t even have the standard amount of cannabinoids, terpenes, and trichomes. In some cases, it may not even develop any THC. Given THC and cannabinoids are the recreational and medical appeal of cannabis, you can end up spending money, or worse, smoking something with nothing but health risks.

What is PGR Weed?

PGR weed is shorthand for cannabis grown with plant growth regulators. Often synthetic, these chemicals alter a plant’s growth to increase a yield or desired effect. In cannabis growth, they are used to make larger, denser flowers or nugs.

What’s wrong with that? Not only are these chemicals altering the plants, but they’re also disrupting the development of THC. They’re being used to falsely inflate the size and weight of cannabis while almost eliminating the product’s beneficial cannabinoids, terpenes, and trichomes.

Not only are you spending money on cannabis that will likely not get you high, but you’re also putting your health at risk by burning and ingesting chemicals that are not fit for human consumption. In addition, many of these PGRs have been prohibited for use on food-based crops and are only legal for decorative plants.

So why are they being used? The legal gray area of cannabis has allowed some black-market growers to use PGRs to inflate weed they sell illegally. While legal cannabis follows the laws, regulations, and testing, in areas where cannabis is criminalized, people are still selling street weed that can be grown with PGRs.

What Are Plant Growth Regulators?

Plant growth regulators are synthetic or organic chemicals that can regulate certain key parts of plant growth, including dormancy, fruit growth, the length and size of shoots, and more. These PGRs are popular because they yield more desirable-looking plants.

Moreover, growers use PGRs to increase the weed plant’s health and resistance to marijuana mold. However, when they use synthetic varieties, these growers make more money trading flavor and visual appearance for quantity, not quality or safety.

Plant growth regulators are not inherently bad. The issue is that PGR weed on the market is not healthy based on which PGRs are used.

We will discuss the synthetic PGRs in more detail below, so we have to focus on the organic/natural ones used in agriculture and food production. However, there are some healthy alternatives to these toxic plant growth regulators. For example, kelp has natural plant hormones that can help increase your yield. Other natural plant growth regulators include chitosan, a sugar found in shellfish’s exoskeleton, and triacontanol extracted from alfalfa hay. Their biggest advantages include:

The most common organic plant growth regulators used to obtain PGR weed include:

For gray and black market growers and vendors, organic PGRs are less effective than synthetic ones. They cost more and do not produce the big, fat, tightly-packed, dense, colorful, and money-grabbing buds that boost profit. On the other hand, synthetic plant hormones produce unflavored, risky, and almost useless buds since they don’t bring the recreational or medicinal THC we want so much to the table.

How to Identify PGR Weed

While shady characters are trying to use plant growth regulators to amp up their profits, there are a few ways to identify PGR weed to protect your health better.

The key ways to identify PGR weed vs. standard cannabis are:

Cannabis plants often have little hair-like pistils. PGR weed will have more hair-like fibers, which will be brown and red. They tend to grow more of these hairs rather than developing the trichomes or crystals that contain that desirable THC.

Speaking of no trichomes, if you see very few crystals, it can be because the PGRs have disrupted the development of terpenes, trichomes, and cannabinoids.

Similarly, there can be a disruption to terpene development. This means that PGR weed can often be missing that tell-tale weed smell. The various terpenes and cannabinoids all have unique scents that form the bouquet you get when you smell the bud. If you break a piece off and smell nothing, it can be PGR weed.

PGRs force a lot of growth onto the flowers. This can mean that they are often denser and heavier. Unfortunately, this can also lead to a rock-hard texture that can feel weird to the touch.

If the cannabis has an oddly wet or spongy texture, that can also be a sign of PGR use.

If you get a harsh chemical taste from your smoke or edible weed, it’s a tell-tale sign of PGR weed. This can even lead to a chemical high which is very brief and leaves you feeling fatigued afterward.

To summarize, you can recognize PGR cannabis by its lack of fragrant flavonoids and terpenes, lack of weed’s specific rich taste (or enhanced, harsh chemical smell/taste), and a “buffed,” hard, often colorful look. So when it comes to PGR weed vs. natural cannabis, if your bud looks a bit lifeless and unappealing, but it smells and feels right, it is better to go for the less dramatic-looking variant than for the cosmetic one, as the latter is likely to burn your budget and make you sick simultaneously. What Are the Most Common Synthetic Hormones to Create PGR Weed?

The three most common synthetic PGRs used in cannabis growing are chlormequat chloride, daminozide (a.k.a. Alar), and Paclobutrazol. All three inhibit growth, ensuring the flower becomes the largest and densest part of the plant.

The issue is that all three have adverse effects on the human body.

Chlormequat Chloride encourages the growth of larger buds by slowing growth in other plant areas. While not carcinogenic, consuming large amounts of this plant growth regulator can lead to skin and eye irritation and even organ damage.

Daminozide, also known as Alar,  slows the growth of leaves and stems, increasing buds’ size. But, that’s not all; it also limits the development of terpenes and cannabinoids. That means no THC or CBD.

The Environmental Protection Agency (EPA) has classified daminozide as a probable carcinogen and banned its use in food. It was formerly used as a spray for fruits, vegetables, and other food crops. If it’s not fit for human consumption, it certainly should not be smoked!

Paclobutrazol limits plant cells from elongating, which also increases the density of the flower and bud. However, paclobutrazol also limits the ability of cannabis to develop THC. Of the three, it’s also the most toxic.

If you smoke PGR weed grown with paclobutrazol, it can break down into nitrosamines, some of the most carcinogenic chemicals in cigarettes. Studies have also shown paclobutrazol can impact male weed plant fertility and cause liver damage.

How Do Growers Apply Synthetic Hormones to Make PGR Weed?

Making PGR weed is not difficult. While responsible growers take into account the plants’ needs, the least responsible ones employ the following methods:

What Health Risks Can You Face When Using PGR Weed?

Low energy, low motivation, lethargy, and severe headaches are the first symptoms you can experience right after you use PGR weed. However, in the long term, specialists warn about these toxins’ contribution to liver and kidney damage, neurotoxicity (the normal activity of your nervous system is severely altered), fertility problems, various cancer risks, skin and eye damage, and more.

Is PGR Weed Legal and How Common Is It in the United States?

Synthetic PGRs have been deemed unsafe for human consumption and banned from use in agricultural environments and for food crops. However, they are still available as fertilizers for decorative plants. In addition, the players on the black cannabis market still use them for their weed crops. Unfortunately, because of a lack of national unitary regulations and legislation in cannabis growth, synthetic PGR weed is quite common in many forms.

How Do People Know a Cannabis Product Contains PGR Weed?

If you intend to smoke a weed bud, you can identify PGR cannabis by its look, texture, and smell (or lack thereof). However, if you use vapes or edibles made with PGR weed, you will most likely find out that the product has a chemical-laced taste and a specific chemical smell. Some users learn after they consume a product as they start feeling heavy-headed, dizzy, or sick.

For these reasons – and especially because of its carcinogenic and infertility risks – it is best to avoid PGR weed and consume the beneficial kind taken from authorized growers and certified dispensaries with the help of your medical marijuana card.

Leave it to shady characters to try and capitalize on the cannabis craze while also putting people’s health at risk. For example, plant growth regulators have been outlawed for food cultivation, but some people use them to inflate their weed crops and their pockets.

While this may mean denser and heavier buds, it also means that PGR weed is not just low in THC and the other cannabinoids that provide the actual value of cannabis, but they can also be toxic. If something’s toxic when ingested, odds are it’s much worse when smoked.

This article is reviewed by Dr. Anand Dugar, an anesthesiologist and pain medicine physician.  He is also the founder of Green Health Docs.  Graduating from medical school in 2004 and residency in 2008, Dr. Dugar has been a licensed physician for almost 20 years and has been leading the push for medical cannabis nationwide.