Patients’ Guide to Medical Marijuana and Guns in Missouri 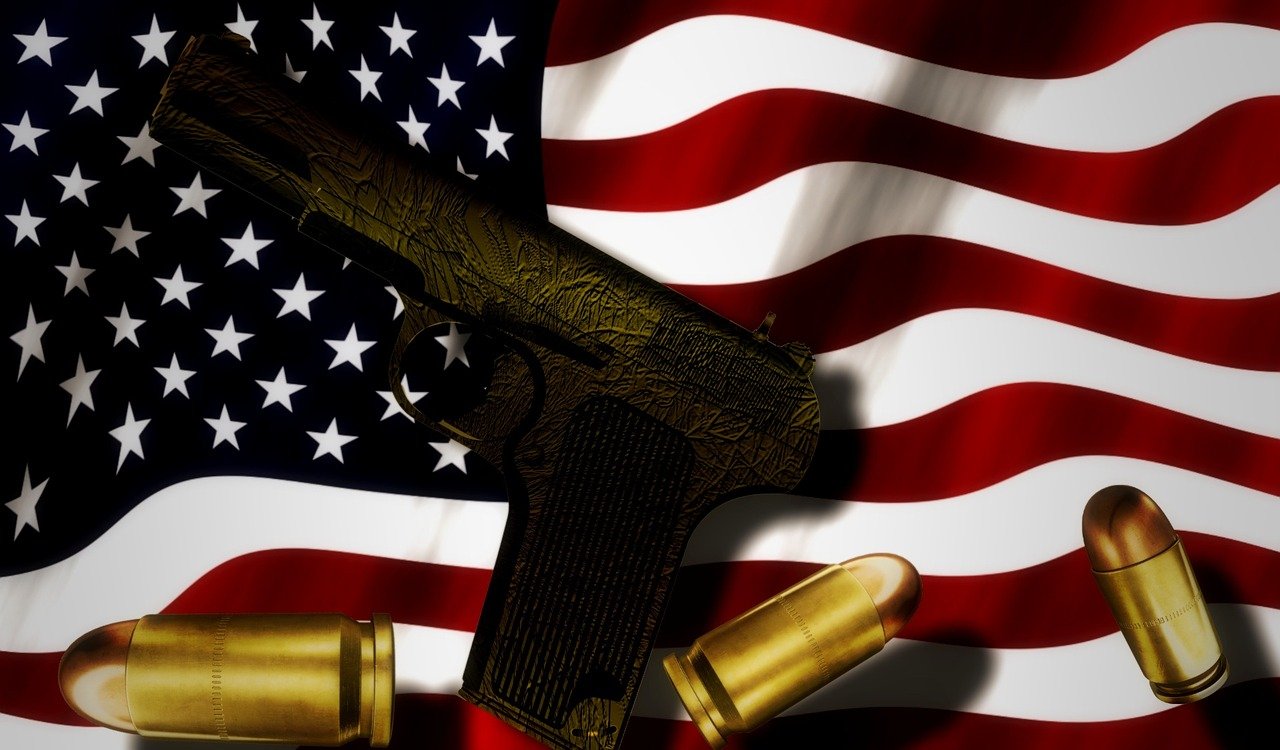 If you’re a gun owner, can you take part in Missouri’s new medical marijuana program? The answer is a bit complicated. This is one of those areas where federal law may supersede state law.

Can You Buy a Gun as a Medical Marijuana Patient in Missouri?

Article XIV of the Missouri Constitution affirms the legal status of medical marijuana for qualifying patients, but it says nothing about gun ownership or possession.

In 2011, the ATF sent an open letter to gun dealers nationwide to reiterate that cannabis users are forbidden from purchasing firearms. Even if the state recognizes their legal medical status, the same federal law remains in effect today.

If you visit a gun dealer in Missouri or anywhere else nationwide, you’re required to fill out a six-page application. It specifically asks: “Are you an unlawful user of, addicted to, marijuana or any depressant, stimulant, narcotic drug, or any other controlled substance?”

The application further notes that “The use or possession of marijuana remains unlawful under Federal law, regardless of whether it has been legalized or decriminalized for medical or recreational purposes in the state where you reside.”

When completing this application as a medical marijuana patient, you have two choices: tell the truth and be denied a gun purchase, or lie and risk being guilty of perjury. If you’re caught, you could face 10 years in prison.

Note section 11e on the gun application below: 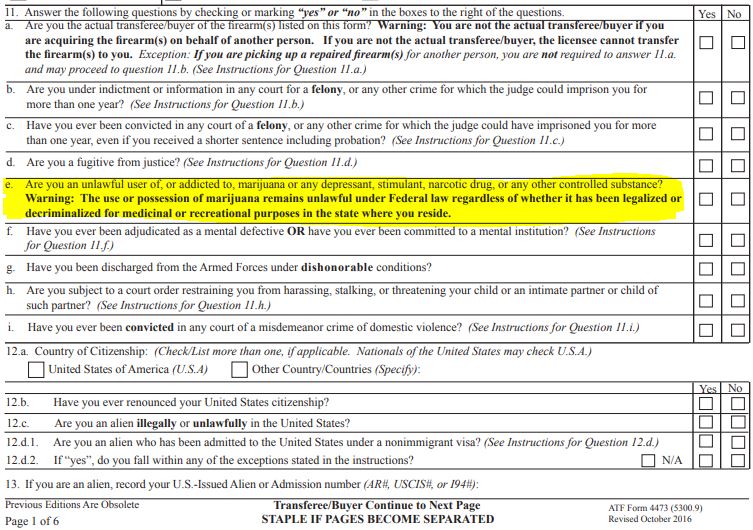 Can You Get In Trouble if You Already Own a Firearm as a Missouri MMJ Patient?

If you already have guns in the home, there does exist the faint possibility that you could be cited—if you attract the attention of federal authorities. For the average Missourian, this isn’t a major likelihood.

The issue won’t come up when you apply for your Missouri medical marijuana card. The Missouri Department of Health and Senior Services (DHSS) does not ask prospective medical marijuana patients about their gun ownership status, nor do they share their patient database with federal authorities. Patient privacy is held in the strictest confidence.

State law enforcement officials do have limited access to the database. For instance, if you’re pulled over for possessing marijuana and you don’t have your patient card, they can verify that you’re a registered patient. However, they can’t access your patient records for the purpose of cross-referencing your gun ownership status, nor is it likely that they would want to. Your specific patient information is protected under HIPAA regulations.

Just note that while you’re probably unlikely to get busted for owning guns, the combination of gun possession and medical marijuana is technically a violation of federal law. Jon Ham, spokesperson for the Bureau of Alcohol, Tobacco, Firearms and Explosives in Kansas City, told reporters that “If you are going to use marijuana for medical purposes after it becomes legal in Missouri and you are a firearms owner, you need to transfer the ownership of the firearms.”

Ultimately, it’s a choice you have to make on your own.

The Future of Firearms & Medical Marijuana in Missouri

Some legislators in Missouri and other states are trying to enact protections for gun owners who rely on medical marijuana. State Rep. Nick Schroer, a Republican from the St. Louis suburb of O’Fallon, is one such legislator. Schroer tweeted: “I’ve already announced my intent to preemptively protect legitimate medicinal marijuana users’ #2A rights next year.” He also tweeted that “States must take action to prevent usurpation of power by the feds.”

While federal law will always take precedence over any Missouri medical marijuana laws, and it’s unlikely that cannabis cardholders will be able to purchase new firearms in the state anytime soon (as the ATF form is required in all 50 states), it is possible that Missouri will take steps to better define the rights of cannabis-using gun owners within the state. In the meantime, though, it’s important to be aware of the current laws and how they may affect you.

If you have specific questions or concerns about medical marijuana and guns in Missouri, speak with a knowledgeable attorney. The information above is intended not as legal advice but as a general overview of the subject.