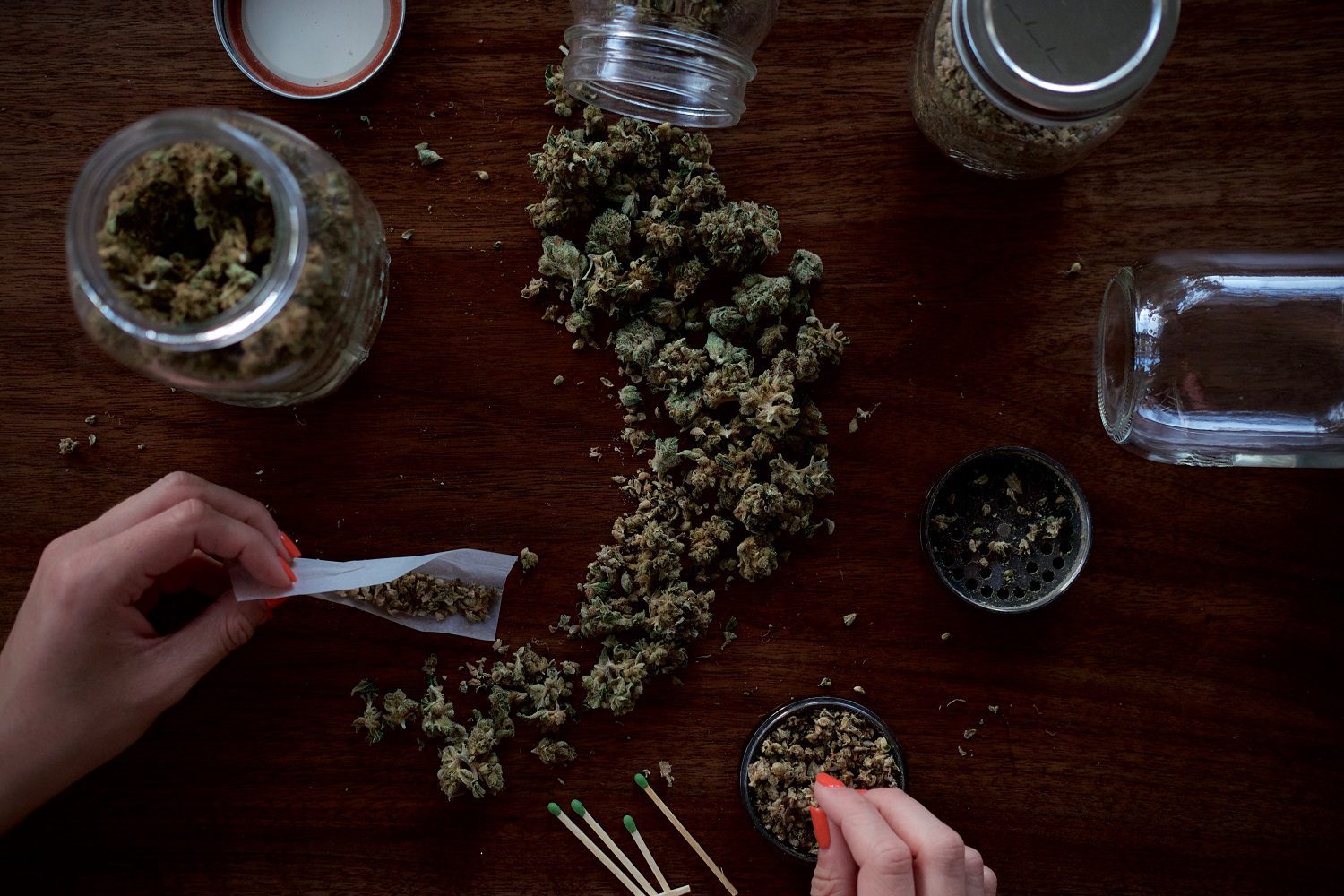 Though marijuana may be enjoyed for medicinal or recreational uses (laws vary by state), it’s important to recognize the fundamental differences between medical cannabis and recreational weed.

Granted, some of the differences may seem like semantics, but for legal and social purposes, certain distinctions must be made. While a recreational user may purchase the same strain as a medical cannabis card holder, each purchase has its own unique restrictions and implications.

As of this writing, the following states have legalized marijuana for recreational use:

Though only 11 states and the District of Columbia currently allow recreational use, 34 states allow the use of medical marijuana with an appropriate license. So if you’re an adult living in California (which allows recreational use), you can walk into any adult-use dispensary and purchase marijuana for your own personal use. However, if you live in Florida (which only allows medicinal use), you’ll have to:

Florida is just one example, and medical marijuana laws vary considerably by state, but most states offer a similar process.

The point is that medical cannabis is prescribed by a doctor to treat a specific condition, whether it be ALS, cancer-related sickness, epilepsy, anxiety, glaucoma, or any other recognized ailment. When you have one of these recognized conditions, a medical-licensed dispensary will try to recommend marijuana strains suitable for your symptoms.

In addition, most medical marijuana cards have expiration dates and require renewal. Some states, like Arizona and New Jersey, require you to renew every two years. Other states, like Delaware and New Mexico, require annual renewal. Florida requires a new medical exam every 30 weeks for renewal.

What Is Medical Cannabis?

The full medical potential of cannabis is still unknown. U.S. researchers have only been able to study its medical implications in depth since 1996, when California first voted to legalize medical marijuana. Even today—as the Drug Enforcement Agency continues to classify cannabis as a Schedule I drug—clinical research is difficult and requires special licensure.

What we do know is that cannabis contains over 100 unique compounds called cannabinoids. The best-known and most heavily researched cannabinoids are THC and CBD. Researchers have discovered that these cannabinoids interact with the body’s own endocannabinoid system, resulting in some surprising medical benefits.

Cannabis has been shown to help patients suffering from a wide range of conditions, including:

This is why more than half of all U.S. states now have laws permitting the medical use of marijuana. Some of these states, though, are very specific about how marijuana may be consumed. In Florida, for example, smoking marijuana is illegal even for patients. There, cannabis is only available in certain modalities, including oils, tinctures, creams, and vape products.

What is “Recreational Marijuana” Use?

The word “weed” typically connotes recreational use, which isn’t subject to medical approval or oversight. When we refer to “using recreational marijuana”, the legal implications can be complicated. While 11 states and DC legally permit the recreational use of marijuana, these are hardly the only places where recreational users can be found.

Recreational use outside of the states listed above is illegal and can lead to fines or jail time, but it’s nevertheless common. In fact, it’s estimated that more than 55 million American adults use cannabis in any given month. The vast majority of these users are recreational, as there are only about 2 million medical marijuana patients in the U.S.

Recreational use is simply defined as consumption intended to alter the user’s state of consciousness, often with the goal of achieving some sense of euphoria or relaxation. This should not be confused with marijuana prescribed for anxiety or depression, which is intended for a clinical purpose. The recreational user seeks to achieve an improved state of mind, whereas the medicinal user seeks to treat a neurotransmitter imbalance that hinders their ability to function normally.

What If a Non-Licensed User Buys Marijuana for Medical Reasons? 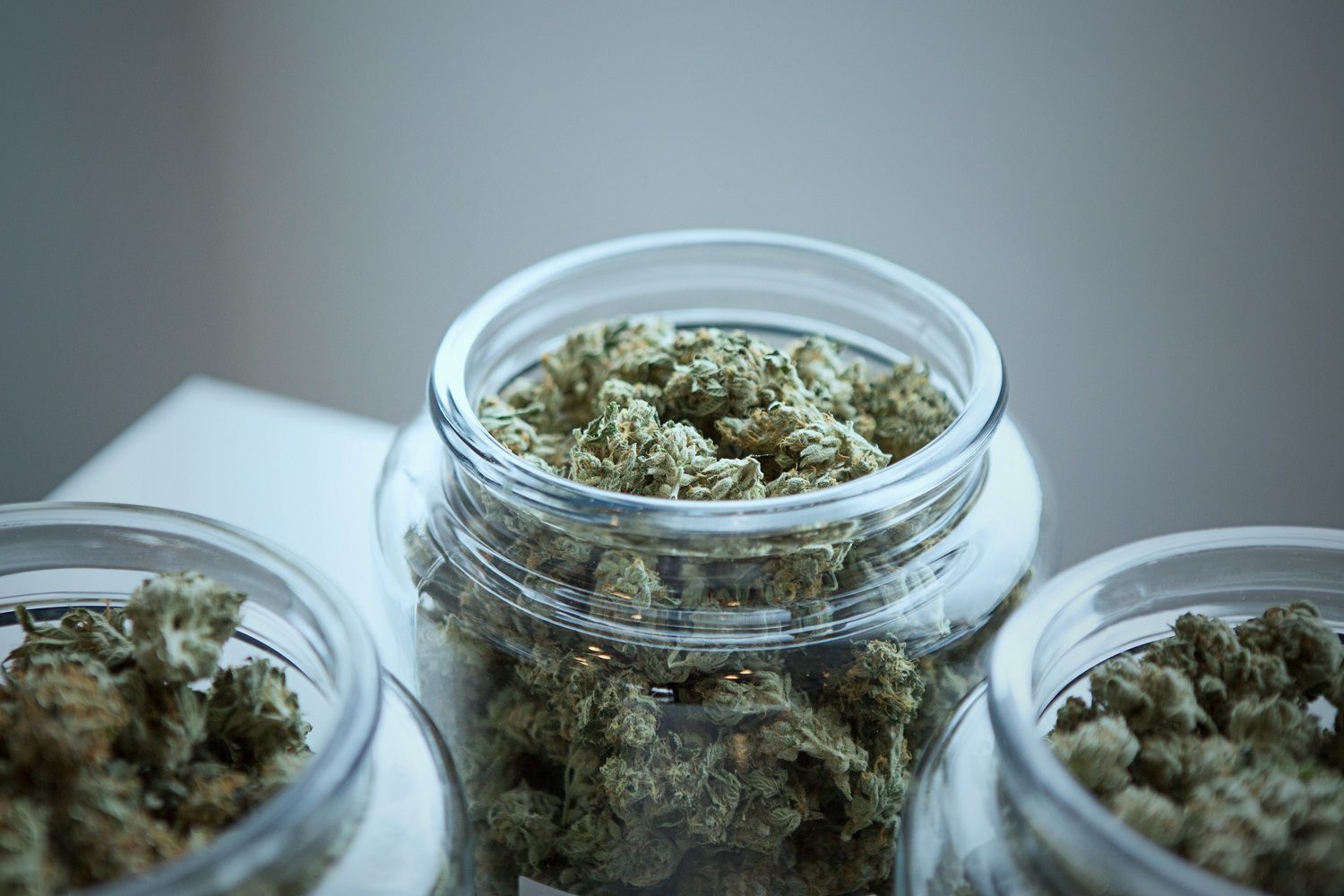 If an non-prescribed individual uses marijuana for the express purpose of treating a medical condition—e.g. if a glaucoma sufferer purchases marijuana at a recreational dispensary but has no interest in getting high—this may be considered medicinal use from a practical standpoint, but it would be considered recreational use from a legal standpoint.

Consider California. In 2016, California voters made the decision to legalize recreational marijuana via Proposition 64. However, despite the widespread availability of marijuana to all adults, the state’s medical cannabis program is still alive and well.

Patients with a doctor’s recommendation are permitted to grow and possess much larger quantities of the herb. Specifically, a recreational user can possess up to an ounce of marijuana, whereas a patient or caregiver can possess a full 8 ounces. So, for those with a legitimate medical need, there are still advantages to maintaining a doctor’s prescription.

Additional perks are often available to medicinal users as well. For example, medical marijuana cardholders can often purchase strains with higher THC concentrations. They may also pay less for their products and have more freedom to grow cannabis at home.

All recreational weed states have the same age restriction: You must be 21 years of age or older to purchase or use marijuana on a recreational basis. However, with an approved medical condition, an 18-to-20-year-old can receive a prescription and purchase marijuana according to his or her state laws.

In extreme cases, a doctor may also prescribe marijuana to a child under the age of 18. One example is the case of Alexis Bortell, who at age 11 became an advocate for medical marijuana. Her family moved her from Texas to Colorado so that she could gain access to marijuana for her severe epilepsy, and her seizures have since ceased entirely.

In most cases, a doctor will only issue a prescription to a child if the child has an immediate need and has had poor success with other treatments. Also, the laws vary by state. For example, a child can receive a Maryland medical marijuana card if the parent is over 21 years old and serves as caregiver. In other states, like Connecticut and Hawaii, the caregiver only needs to be 18 years old.

Most recreational-use states do not restrict the amount of THC in cannabis. However, medical cannabis often has a different ratio of cannabinoids than recreational weed. That’s because the ratio of CBD to THC will impact the therapeutic vs psychoactive effects.

Cannabidiol (CBD) offsets much of the intoxicating impact of marijuana while promoting more of the medical benefits. With that in mind, a strain of medical-grade cannabis is often cultivated to have a higher concentration of CBD than THC. In other words, the cannabis won’t get you as high, but it will address the symptoms of your condition.

Medical dispensaries and recreational dispensaries (also known as adult-use dispensaries) differ considerably. If you visit a cannabis-friendly state like California or Colorado, you may notice that not all medical cannabis stores cater to the same clientele. If you don’t have a medical prescription, you’ll only be able to shop in recreational marijuana stores and dual (recreational/medical) dispensaries. Medical-only shops are reserved exclusively for patients.

A medical dispensary typically resembles a doctor’s office or clinic, complete with medically licensed staff who are available to make recommendations based on the patient’s prescription. Patients are usually seen one at a time in a private room and may be provided with sample products to review. These dispensaries are regulated and taxed differently than recreational dispensaries, which resemble storefronts and cater to a wider audience. Recreational cannabis stores are not permitted to make medical recommendations unless they are licensed to do so.

Bear in mind that not all states have separate medical and recreational marijuana dispensaries. States like Nevada and Washington have no medical-only shops, but recreational weed dispensaries can receive special dual licensure if they meet state requirements.

Is There a Difference Between Medical and Recreational Weed?

If you want to use marijuana to treat a persistent medical condition, there are myriad benefits to receiving a doctor’s prescription: access to expert medical recommendations, better costs, fewer restrictions, and the assurance of legal compliance (at least at the state level—federal legality is a whole other can of worms). Depending on where you live, a prescription may even be required. On the other hand, if you use cannabis without a prescription or for any non-medical purpose, you can officially count yourself among America’s more than 50 million recreational users.