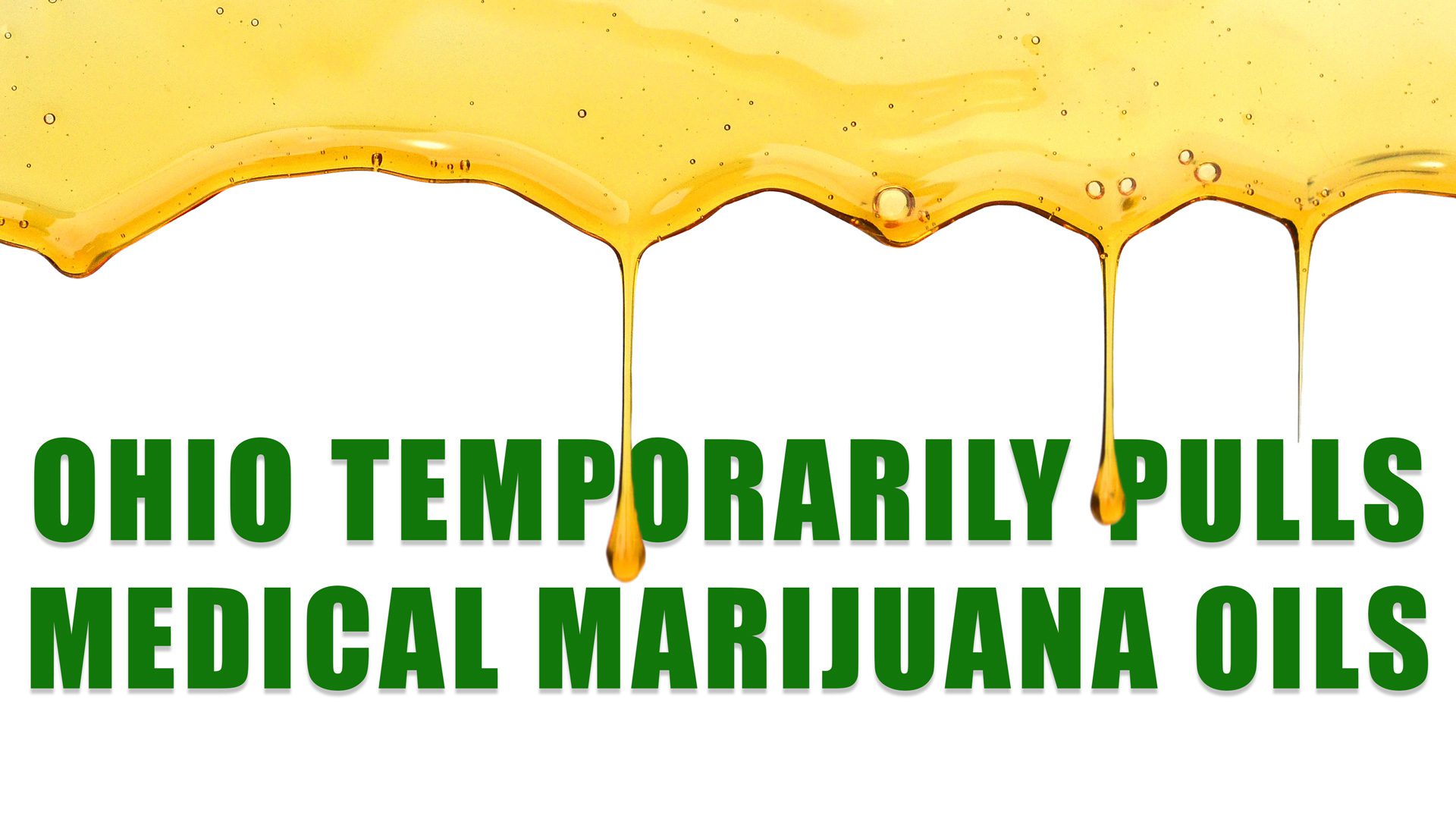 The Buckeye State hit another snag this week as Ohio medical marijuana oils have been temporarily pulled from dispensary shelves. This follows a dispute over a misprint on the product that forced the state to issue the recall.

Below, the Green Health Docs Advocacy Team will take a look at why this recall happened, what it means for Ohio medical marijuana patients, and if marijuana oils will make a return anytime soon.

Many Ohioans thought otherwise because of the state’s rule which prevents patients from smoking medical marijuana. While there is no real way of policing this rule, dispensaries are not allowed to sell smoking products of any kind. No bongs. No pipes. Not even rolling papers or pre-rolled blunts. When dispensaries opened, dry flower naysayers were greeted with a pleasant surprise — dry flower was available. But ONLY dry flower.

Since opening, dry flower has been the only medical marijuana product available throughout the Buckeye State for almost half a year now. Naturally, patients have been eagerly awaiting the arrival of more cannabis products, and that time is finally just around the corner.

Not all patients like to vaporize dry flower. But until a month ago, flower was the only product available in Ohio for medical marijuana patients to buy. This all changed in April when oils and tinctures finally became available to patients.

Grow Ohio is the first medical marijuana cultivator in Ohio to produce, process and sell cannabis tinctures and oils throughout the Buckeye State. More edibles, oils and processed cannabis products from Grow Ohio are expected to hit shelves within the year. Other processors are expected to begin selling edibles and oils by the end of this summer.

Due to high demand and limited product, Ohio marijuana oils and tinctures are expensive. This will also change as more companies enter the market and supplies begin to shift from limited to overstocked. Until that time, however, cannabis patients must face steep prices in order to purchase their medicine.

Cincinatti.com is reporting that Grow Ohio’s medical marijuana oils, sold under the name Butterfly Effect, have been pulled from 13 of the 15 operating Ohio medical marijuana dispensaries. This includes Terrasana in Columbus.

Grow Ohio’s 1 milliliter syringe of marijuana concentrate was stated on the packaging as containing 590 milligrams of THC. The label for the syringe featured a misprint stating that the oil contained higher amounts of THC. Grow Ohio Executive Vice President Justin Hunt explained to Cincinnati that the mistake was the result of a misinterpretation of the state’s rules.

Should Ohio Medical Marijuana Patients Be Concerned By The Recall?

The headline above might appear salacious, but the reality is that this is merely a setback for Grow Ohio. And it’s a setback that should be rectified sooner rather than later, without harm to any Ohio medical marijuana patient. Their team is already hard at work relabeling the problematic oils and getting product back on dispensary shelves.

Thankfully, this setback didn’t hurt any patients, either. As Cameron McNamee, director of policy and communications for the pharmacy board, told Cincinnati.com, “Patients don’t have to worry because they’re getting the dose that’s listed on the packaging. We were able to go back to verify it did indeed meet the requirements.”

As always, watch this space for updates about when oils will return to store shelves. In the meantime, if you haven’t yet gotten legal in Ohio, give our offices a call at 1-877-A-420-DOC and our friendly Green Health Docs support team can help set you up with an Ohio medical marijuana evaluation.