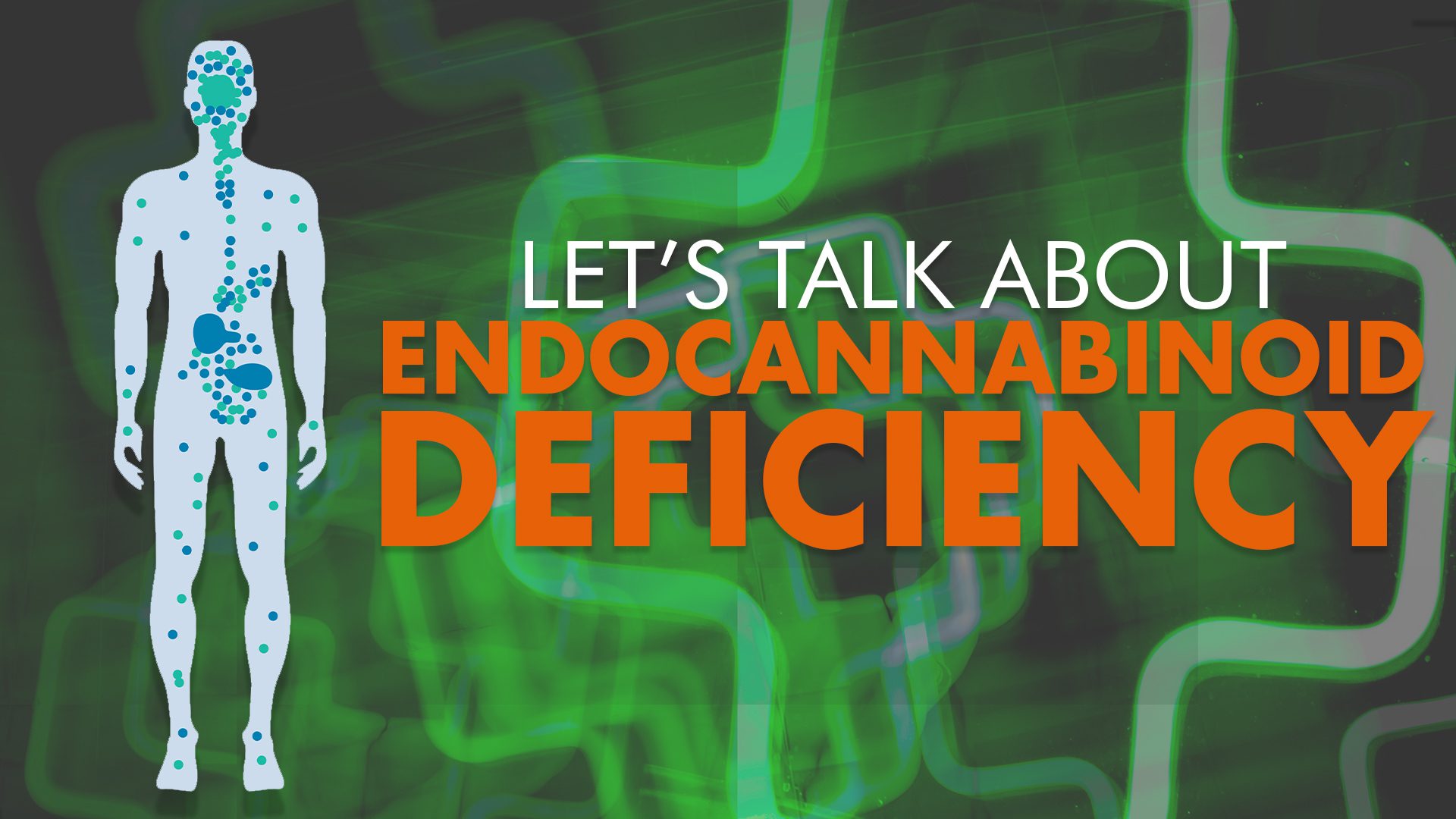 Knowledge Of The Endocannabinoid System & Deficiency

About a year ago, I was sitting around a table with several physicians at a dinner party. The topic of cannabis came up and was met with the usual amount of healthy optimism and hearty skepticism.

I’ve come to expect this from physicians in the medical profession when talking about cannabis. Some doctors believe that cannabis is another tool to be used to help patients find a good treatment method that works for them. Others have bought into the propaganda that Big Pharma and other think tanks have put out over the years. Typically, those types of naysayers are fairly simple to debate. Facts are often stronger than opinions when communicating with physicians, and a debate about the medical benefits of cannabis is no different.

After offering my best cannabis education to those naysayers, I posed a question: how much did you study the endocannabinoid system and its receptors in college? The answer was unanimous, no matter who the physician was — young or old. Less than one day of classes, or no classes, are spent on a system of endocannabinoid receptors that are found in over 100 locations throughout our body.

While some endocrinologists may spend more time researching this unique system of receptors, most doctors are not well versed in what endocannabinoid receptors do, or why they may be beneficial to some patients.

Cannabinoid data can also be transmitted when a user smokes, eats, or vapes medical cannabis. As cannabis is inherently replete with cannabinoids, our bodies actually understand what it is we are using in that moment. To learn more about the types of cannabinoids in cannabis, you can read our research blog on the topic.

This level of understanding between our body and the item we are consuming, or smoking, can’t be said for processed food. Many processed foods that we regularly eat offer no data for our body to translate. Instead, we just digest the processed food, converting it into waste or fat that is stored.

The Research Behind Endocannabinoid Deficiency

Endocannabinoid deficiency isn’t some buzz term made up to sell more medical cannabis. In fact, the theory was first posited by Dr. Ethan Russo in 2001, when he researched the health benefits between cannabis and migraines.

Dubbing the ailment Clinical Endocannabinoid Deficiency (or CED), Dr. Russo believes that some patients may find benefits from using cannabis to replenish depleted receptors. Dr. Russo even revisited the topic in 2016, offering numerous pieces of candid evidence, more research and evaluation. You can read about his findings here.

“If endocannabinoid function were decreased,” Dr. Russo writes in 2016 research paper, “It follows that a lowered pain threshold would be operative, along with derangements of digestion, mood, and sleep among the almost universal physiological systems subserved by the endocannabinoid system (ECS).”

While there isn’t some cure-all strain of cannabis that works for every patient, many cultivators and dispensaries are factoring CED into their bud menus. As such, they offer cannabis strains that are successful in treating symptoms of pain, gut trouble and PTSD.

Why So Many Patients Prefer Pot to Pills

Endocannabinoid deficiency may offer the best explanation for why some people just seem to need cannabis in their system. If their body’s endocannabinoid system has been damaged, or is failing to function correctly, adding cannabis might be like adding fuel cleaner to a tank.

For those without a deficiency, cannabis may lead to a lack of productivity. This could happen because the body is inundated with cannabinoids from the cannabis that it technically doesn’t need.

Other users may experience bad “trips” or high anxiety as a result of cannabis use. This, too, could be the result of their endocannabinoid system rejecting (or working overtime) to process all the excess cannabinoids that have just been introduced into the body.

But this deficiency could also explain why so many patients toss their pills and switch to cannabis. Medical marijuana actually helps calm or diminish their deficiency by replenishing cannabinoids. This may even explain why traditional stoners use cannabis so frequently — they are deeply deficient in natural endocannabinoids!

My Personal Story With Cannabis & Endocannabinoids

As a medical marijuana patient myself, I find some credence to the endocannabinoid deficiency theory.

I have used cannabis for about a decade now. I have never felt the “high” sensation as intensely as other friends have expressed. Only concentrated doses, like waxes or dabbing oils, produce an intensely euphoric experience. Generally, cannabis has always felt like it regulated something wrong in my body. When I was depressed, it would cure that depressive episode. When I was sore from arthritis, it reduced the pain. If I was suffering insomnia, it helped regulate sleep. When I was dealing with cluster headaches and frequent migraines, it reduced the attacks to one a month instead of one every two or three days.

I came to cannabis because I suffered from gout for many years. No medications were working to reduce the pain I was enduring while suffering an attack. Eventually, I was pointed toward cannabis. While I was an anti-pot believer in my youth, my feelings changed completely when cannabis all but took away my gout pain one night.

While diet, exercise and prescription therapy have kept my gout at bay, I have long used cannabis to treat the associated pain. Cannabis has also reduced the intensity and frequency of the attacks. For years, I would have a substantial attack once a month. I would miss school, work and social events. I could barely even sleep some nights.

But in 2019, I have had zero substantial attacks. Last year, in 2018, I suffered two substantial attacks. Each attack lasted less mere days. Previous attacks before cannabis would last 7-12 days! And those attacks would usually require a powerful steroid. With  cannabis regulating my endocannabinoid system, my life changed. I could run, swim, and once again feel like a productive member of society.

Getting Your Official Medical Marijuana Card

Sadly, an endocannabinoid deficiency is not currently a recognized ailment in any state medical marijuana program. However, many patients who may have this deficiency often have diagnosed bouts of chronic, severe or intractable pain (like fibromyalgia, arthritis, migraines, stomach pain, etc), which does qualify a patient for medical marijuana. For a look at qualifying for pain, check out this resource here. Other patients have been diagnosed with psychological disorders, like PTSD or severe anxiety. PTSD is a common qualifying condition in states with MMJ programs.

To talk with a physician about the endocannabinoid system, or to book a medical marijuana evaluation appointment, give our team at Green Health Docs a call at 1-877-242-0362. Our support staff is available to answer any of your questions about medical cannabis, and help you get your official medical marijuana card in Maryland or Missouri. We also now offer online booking, as well as Green Health Telemedicine in select states. Click here to find a location near you!