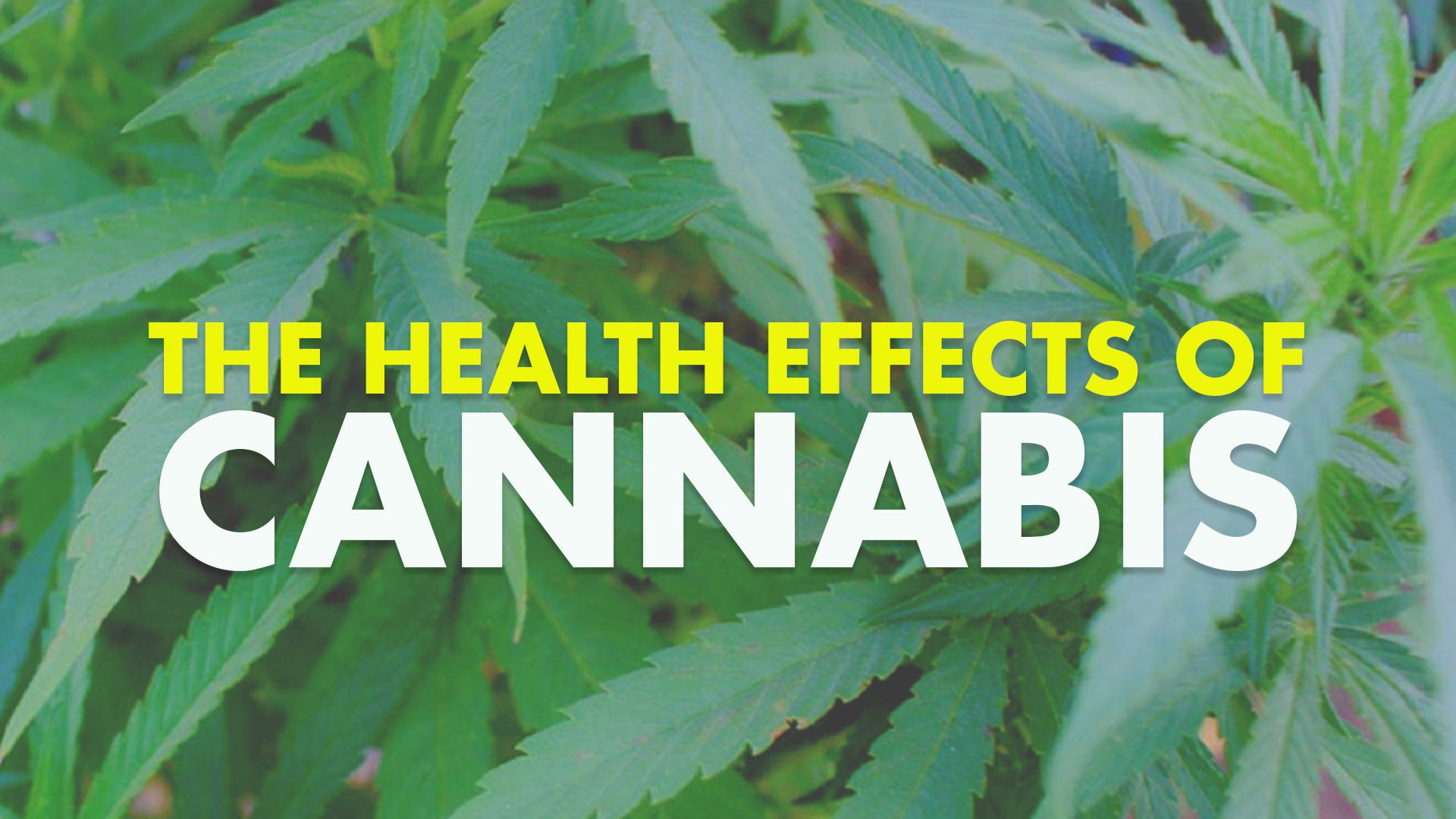 The Health Effects of Cannabis

The health effects of cannabis continue to surprise scientists, physicians and researchers. In fact, the DEA is even beginning to conduct some research into the health benefits of this miracle plant. Below, we’ll take an intimate look at how cannabis effects the different systems in our bodies.

In certain situations, cannabinoids can increase the intensity of acute pain. Cannabinoids have neuroprotective effects, protecting the nerves from acute injuries like head trauma and stroke, and from conditions that cause chronic injury, such as Alzheimer’s disease. They have anticonvulsant effects, and in some circumstances, antipsychotic effects.

Cannabinoids also affect our consciousness via the nervous system. Depending on the strain or preparation, cannabinoids can be awakening or sedating. Cannabinoids can slow reaction time and cause other changes in sensory perception.

Many patients report positive mood, relaxation, laughter, social comfort, time distortion, and the intensification of ordinary experiences (e.g. eating, listening to music) after using cannabis. Cannabis can cause both a dissociative effect (awareness detaching from the physical body and one’s environment) and, conversely, an integrating effect (greater awareness of self and environment).

Cannabinoids influence the hormones that control appetite and fat metabolism. Despite increasing appetite, several studies have now shown that cannabis users are less likely to be obese and diabetic than their non-cannabis using counterparts. Underweight patients with chronic disease have also used cannabis to gain weight – as in other bodily systems, cannabinoids have the potential to bidirectionally restore balance, potentially helping both overweight and underweight individuals.

Cannabis exerts bidirectional effects on the cardiovascular system – it can increase or decrease both heart rate and blood pressure. Typical doses of cannabis slightly decrease blood pressure and increase heart rate. Cannabinoids can dilate blood vessels, improving blood flow, and animal studies suggest that some cannabinoids could prevent or reduce atherosclerosis (hardening of the arteries).

Ultra-low doses of THC have been shown to limit the damage of heart attack while preserving cardiac function and promoting faster healing. In general, therapeutic doses of cannabis have a cardioprotective effect, while very high doses of cannabis and synthetic cannabinoids could be dangerous to the heart, especially in patients with pre-existing heart conditions.

Cannabis can lower the pressure in the eye, and important benefit for those with glaucoma, and the cause of the “red eye” side effect. Cannabinoids can protect the optic nerve in glaucoma and other diseases of the eye. Cannabis has also been shown to acutely improve night vision.

While there are reports of cannabis relieving tinnitus (ringing in the ears), there is also some evidence in rats that cannabinoids may promote the development of tinnitus, especially when there is pre-existing hearing damage. Cannabinoids may also have a role in the development and treatment of inner ear disorders that cause dizziness and vertigo.

Most human male and female reproductive tissues, such as uterus and testis, manufacture and degrade endocannabinoids to control hormones, fertility, implantation and development of the embryo, and inflammation. The plant cannabinoids interact with this same cellular machinery, and have the potential to both enhance or inhibit optimal function of these systems.

Cannabis use by pregnant women is difficult to study because controlled experiments are unethical and observational studies are fraught with challenges in reporting and confirming cannabis use, concurrent use of other drugs, and lack of information on dosage. While few studies have been conclusive, the most consistent evidence of adverse effects associated with illicit cannabis use during pregnancy are low birth weight, prematurity, and cognitive deficits in the offspring that often resolve as the children age.

Other studies in Jamaican women, who traditionally use cannabis as a tonic during pregnancy and to aid in childbirth, found their offspring to have more resilience to stress, better sleep-wake organization, and improved socialization early in life, but found no differences at age 5. The safety profile of cannabis in pregnancy, from the little data available, is comparable to other medications in category C (suspected of causing harmful effects on the fetus that may be reversible). The cannabinoids, terpenoids, and flavonoids in cannabis all can affect hormone levels, especially when taken acutely.

Long-term cannabis users, however, have normal hormone levels when compared with non-users. THC has been shown to have a detrimental effect on sperm counts and sperm motility, but regular male users can certainly still produce a pregnancy. Though a small study reported cannabis causing irregular menstrual cycles in women, many patients report that cannabis can bring balance to their cycle and relieve many premenstrual and menstrual symptoms.

One study found that women with more severe menstrual symptoms had lower levels of their own endocannabinoids, a case for administering additional cannabinoids from a plant source to help with this potential “deficiency.”

Cannabis can affect sexual function, often helping relieve stress, enhance erection, and increase the enjoyment of sexual activity. From a practical standpoint, cannabis can enhance one’s sex-life if used correctly, but it can also interfere. Dosage is important – a small dose can be stimulating, while high doses may be too sedating or intoxicating to promote good intimacy. Animal and human studies also point to differences amongst genders, with females more consistently stimulated by cannabinoids, and males sometimes stimulated and sometimes inhibited.

Cannabinoids can modulate bone remodeling, often promoting bone growth and inhibiting bone resorption, and some are currently being studied for prevention and treatment of osteoporosis. Our bodies increase the number of cannabinoid receptors present in tissues that are injured or inflamed, indicating a role for cannabinoids in healing.

Several cannabinoids have in fact, been shown to prevent cartilage breakdown in joints, protect connective tissue from injury due to lack of oxygen, and speed the repair process in damaged skeletal muscle. Extensive research has shown that cannabinoids are excellent for reducing muscle spasm and associated symptoms, even in refractory cases of multiple sclerosis or spinal cord injury. Patients often report improved flexibility and enhanced recovery following exercise when using cannabis.

Cannabis can dry upper respiratory secretions, similar to its action on saliva and vaginal secretions, which may be of benefit to individuals with a runny nose or severely-ill patients at risk of choking on secretions. Cannabis has been shown to dilate, or open, the airways in the lungs, potentially improving oxygen intake.

It can act as an expectorant, helping clear phlegm. Patients have reported using vaporized cannabis to help with asthma and COPD. Cannabis smoke is clearly irritating to the respiratory system. The heat can destroy tiny hairs on the respiratory tissue whose job is to help remove phlegm and trapped particles, and some of the smoke’s components can likely cause irritation and inflammation.

The immune system is partially controlled by our body’s own cannabinoids, and using cannabis can certainly affect immune function in complex ways, often suppressing certain aspects of the immune system while stimulating others.

Over-all, cannabinoids have anti-inflammatory properties, and have shown benefit in inflammatory conditions such as Crohn’s disease and multiple sclerosis. Cannabinoids, terpenes, and other substances in the plant also have antibacterial properties, including potent activity against antibiotic resistant infections like MRSA.

While we are still very early in our understanding of how to best use cannabis to fight different types of cancer, it is well-established that cannabis can help with the symptoms of cancer and the side effects of cancer treatment and can be used to enhance the anticancer effects of conventional treatments.

Green Health Docs providers and staff will be happy to discuss the health effects of cannabis with you. We also broadcast our educational sessions on YouTube and Facebook. For more information or to learn how to become a legal medical cannabis patient, call or text us at 1-877-242-0362, or visit this page for telemedicine.